ISLAMABAD: Federal Minister for Housing and Works Tariq Bashir Cheema denied using political influence to get the coronavirus jab, after videos of him went viral on social media a day earlier.

A video showed the minister receiving the jab and what appears to be his family as well, at their residence by a medical team.

The video went viral on social media, with many claiming Cheema was able to get the vaccine using his political influence.

Family of Federal Minister Tariq Basheer Cheema getting vaccinated out of turn and at their homes. Will ⁦@Asad_Umar⁩ take notice? Are the rest of Pakistanis children of a lesser god? pic.twitter.com/lEnWmPkLdd

However, the minister denied the reports. 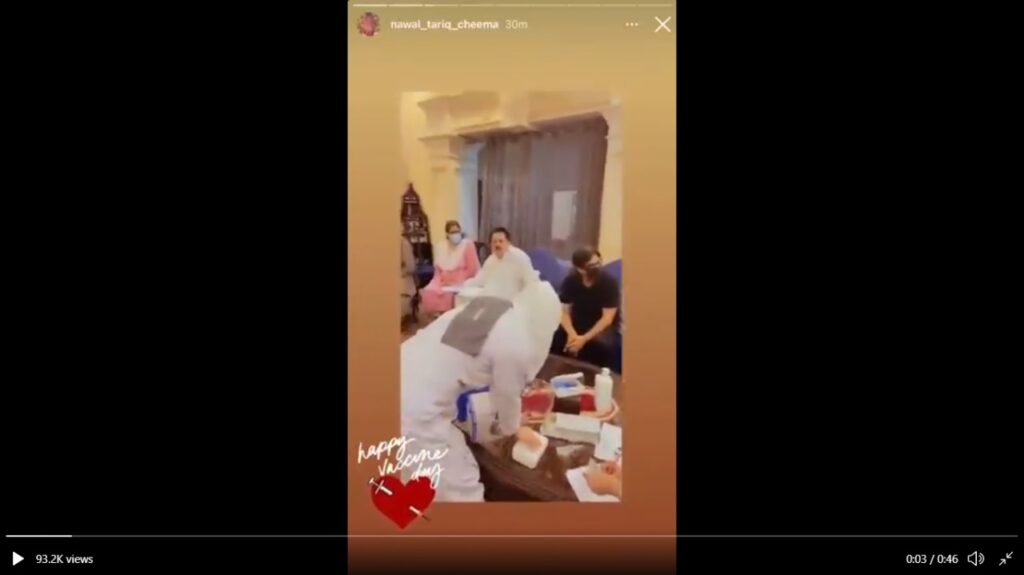 Action must be taken against all. Those getting the vaccine out of turn and those providing it. If it’s out of Govt stocks.

As the Minister is claiming that it was trial vaccine pic.twitter.com/SinwM3rjdn