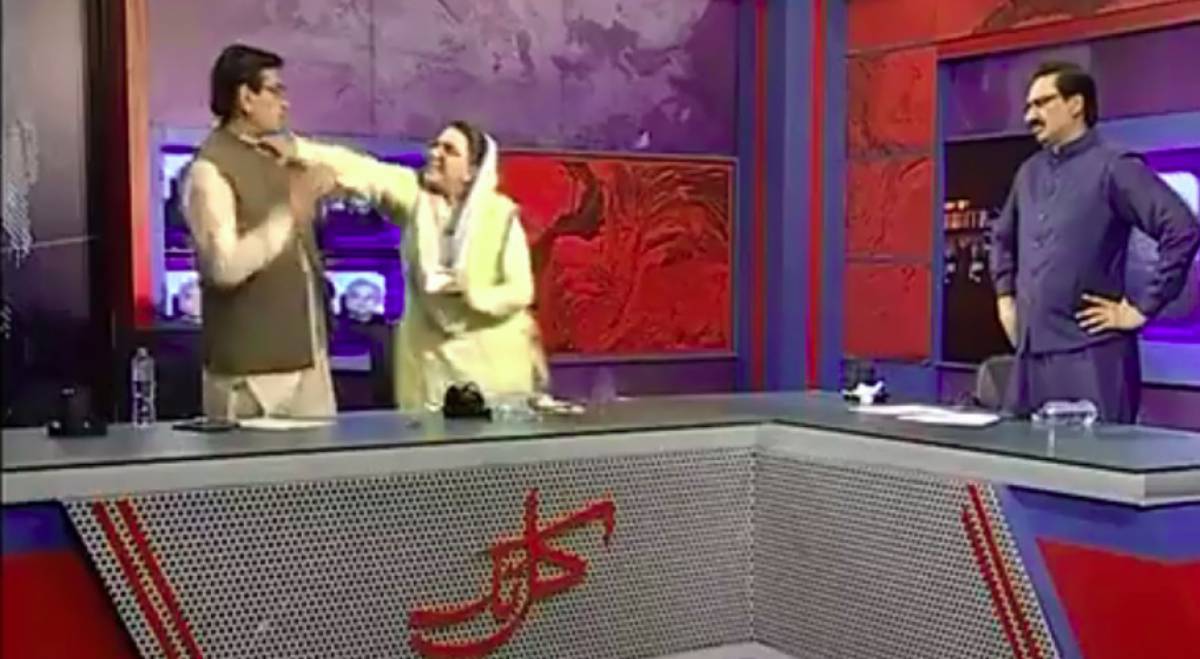 A video of Special Assistant to Chief Minister on Information Dr. Firdous Ashiq Awan and PPP MNA Qadir Khan Mandokhail has gone viral, in which the two can be seen abusing each other on a television show.

The incident occurred when the two appeared on a talk show. What started as a discussion about the government’s performance and excessive load-shedding in parts of the country, turned into a shouting match between the two over the recent train incident which claimed the lives of more than 60 people.

Later, in a tweet, Awan claimed Mandokhel had used foul language which angered her, and that only a one-sided story was being shared in the video. She asked the TV channel to release the full video.

“During the talk show, PPP’s Qadir Mandokhel threatened me. He insulted my late father and me by using abusive language. I had to take an extreme step in my defense,” Awan tweeted along with a video statement.

In the video, the PPP MNA tries to grab her arm in self-defense. However, the other people present on the set quickly intervened before the situation escalated.

In response to the backlash, Awan took to Twitter to defend her actions. “The picture being painted about the argument with Mandokhail during Javed Chaudhry’s TV show highlights only one side of the story.”

She claimed that “one-sided” propaganda was being carried out as the video clip did not include the vulgar language used by the PPP leader against her and her late father.

Frenchman given 4 months in jail for slapping Macron