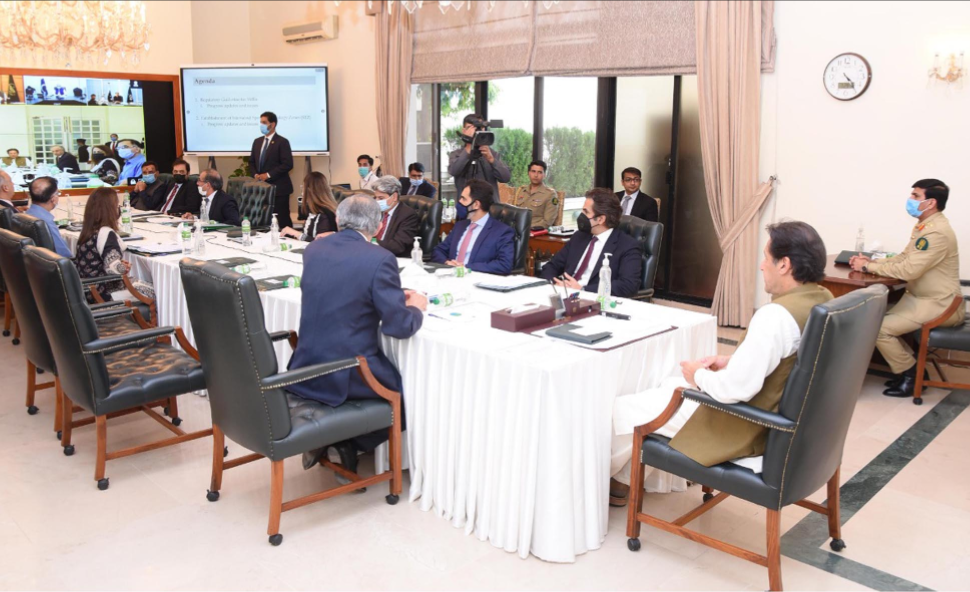 Prime Minister Imran Khan Thursday chaired a meeting to review the progress made towards streamlining business processes especially in priority sectors including small and medium enterprises (SMEs) and the establishment of special technology zones (STZs) in the country.

During review, the Prime Minister appreciated the progress made so far by different departments of federal and provincial governments towards improving ease of doing business.

These steps include easy and fast registration of companies and online approvals through a fast track system. Prime Minister directed relevant authorities to expedite work on remaining identified steps in this regard.

Prime Minister Khan expressed satisfaction towards efforts being made to reform tax system and directed that maximum facilitation of business community be ensured.

He said that the proposal of levying a fixed tax on good at an affordable rate may also be considered in consultation with all stakeholders besides introduction of international standards rating regime to ensure quality control.

The Prime Minister also commended the efforts of Special Technology Zones Authority (STZA) in attracting big tech companies like Huawei and Samsung along with top boot camps to start operations in Pakistan. It would not only offer lot of training opportunities to talented Pakistani IT professionals but would also lend them rewarding employment opportunities.

He observed that enhanced number of Special Technology Zones with all the needed ecosystem will go a long way in facilitating tech businesses to thrive in the country.

He emphasized that equal attention should be paid towards setting up STZ in Balochistan and AJK besides major cities who are already ahead of the curve in establishing such Special Technology Zones.