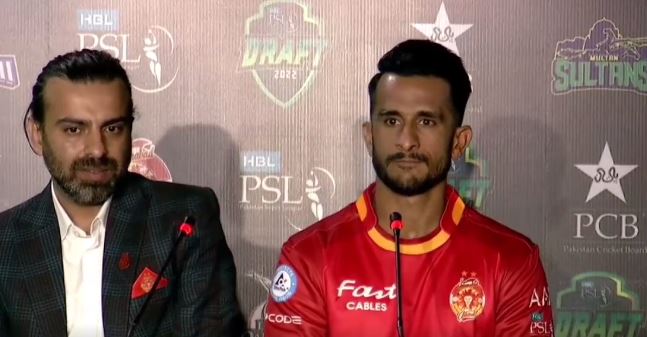 Pakistani fast bowler Hassan Ali recently lashed out at a reporter Sunday night after the PSL draft during a press conference.

Hassan Ali was speaking to reporters after the PSL 7 players’ draft when a sports reporter asked him a question.

Right from the start, Hassan Ali looked vexed at the reporter. He leaned forward and said: “Next question, please.”

The reporter got angry and protested but he could not get an answer out of Hassan Ali.

“First you write good things on Twitter, and then I’ll give answers. Ok? You shouldn’t be personal with anyone,” he said angrily.

What happened to Hassan Ali?! What did @anussaeed1 say to him on Twitter? pic.twitter.com/C6vCFGINv0

“As PCB (Pakistan Cricket Board) can’t stop you (from asking questions), at least we have the right,” the bowler added.

It took a while but the tension in the room was brought down as other Islamabad United officials intervened the exchange between the two.

Ali was retained by Islamabad United under the platinum category. He had a brilliant campaign in the previous edition and would look to repeat the same in the upcoming season, which gets underway from January 27.