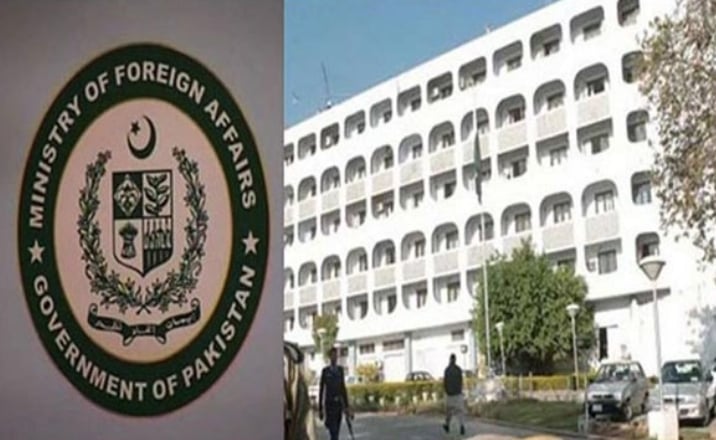 “It is the BJP’s special forte to misrepresent history, resort to revisionism and delusional thinking, and indulge in false bravado. Such discourse is particularly evident whenever elections in key states in India are approaching,” the Foreign Office Spokesperson said in response to Indian minister’s statement at an event he made in New Delhi on Sunday.

He said the timing of the Indian Defence Minister’s provocative rhetoric was, therefore, not surprising, as the BJP-RSS combine was desperate to win elections in Uttar Pradesh and other states, typically inciting hyper nationalism and seeking to advance the extremist ‘Hindutva’ agenda.

The spokesperson said the Indian defence minister’s chest-thumping and war-mongering is nothing but further evidence of India’s irresponsible behavior and its relentless belligerence towards Pakistan.

He said as regards the issue of terrorism, the international community was well aware of how the Hindutva-inspired regime in India was carrying out state-terrorism against the Kashmiris in Indian Occupied Jammu and Kashmir (IIOJK).

The spokesperson said the world was aware that Pakistan was fully capable of thwarting India’s aggressive designs.

The BJP leaders will be well-advised to desist from any ill-conceived misadventure and also stop dragging Pakistan in India’s domestic politics for electoral gains,” he said.