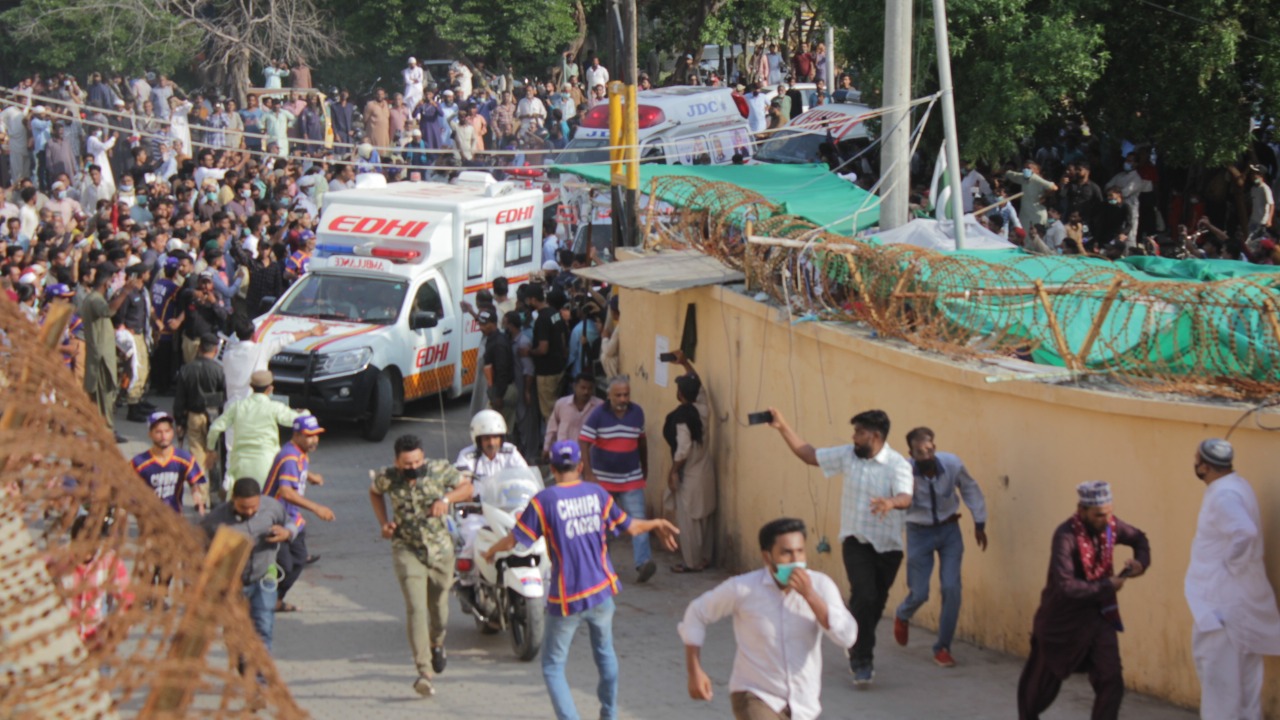 Funeral prayers for comedy legend Umer Sharif were held at a park in Clifton Block II, Karachi, on Wednesday.

Hundreds of people, government officials, politicians and people from the entertainment industry attended the funeral.

Strict security measures were put in place ahead of the funeral.

Sharif, also known as the King of Comedy, will be laid to rest the Abdullah Shah Ghazi graveyard.

His mortal remains was brought to Pakistan from Germany where he breathed his last during treatment.

The iconic comedian was being airlifted to the US when his health deteriorated, forcing air ambulance to land in Germany for emergency aid.

Large number of people also attended Sharif’s funeral prayers in Germany before his body was flown back to Karachi for burial.