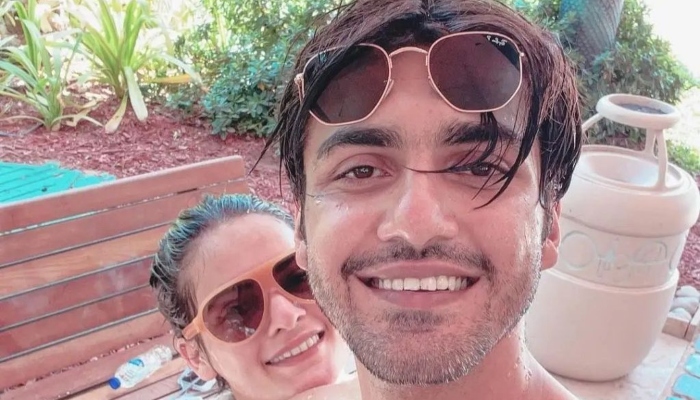 Minal Khan and her husband, Ahsan Mohsin Ikram continue to enjoy their honeymoon in Dubai, after their first holdaying spell in the Maldives.

However, there are various people out there on social media, especially on Instagram, where people have lashed out at the two for displaying their Public Displays of Affection (PDA) on social media platforms.

In recent posts, the two shared pictures on Instagram in which they can be seen posing for pictures at the Undersea Restaurant in Maldives.

“What can I say .. Words are not enough to describe how I feel about you .. don’t ever change. Love you forever,” wrote Minal Khan for her husband.

Minal Khan and Ahsan Mohsin Ikramm tied the knot last year, with many renowned actors and actresses attending the ceremony.

However, their recent pictures on social media have not gone down well with fans who have lashed out at the two for hugging each other openly.

As is evident from this post as well, Minal Khan, fearing backlash, has turned off comments on this social media post.