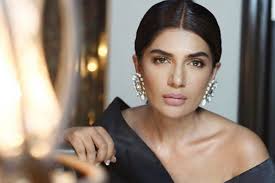 Pakistani actress Iffat Omar is under fire from supporters of the ruling PTI after her criticism of Prime Minister Imran Khan.

Yesterday, Iffat Omar took to twitter to share her opinion on being the PTI supporter and her stance on the party.

“In almost 50 years of my life I have not seen anything worse the #PTI supporter. No logic no debate just filth,” banged Omar.

However, the actress received hate and faces backlash.

In response of the trolling and slamming, Omar shared another tweet after a few hours reacting to the trolls. According to her, she has no time and is not bothered by any of the hate.

“I don’t have time, energy, or interest in hating the haters; I’m too busy loving the lovers,” she tweeted.

Regardless of what she said, it seems that the actress got bothered by all the hate she is getting.  Perhaps not able to deal with trolling, Omer posts another tweet after few hours of her second tweet and announces to deactivate her account for a while.

“Taking a break from this shit. Deactivating my account .It’s not worth it,” she said.