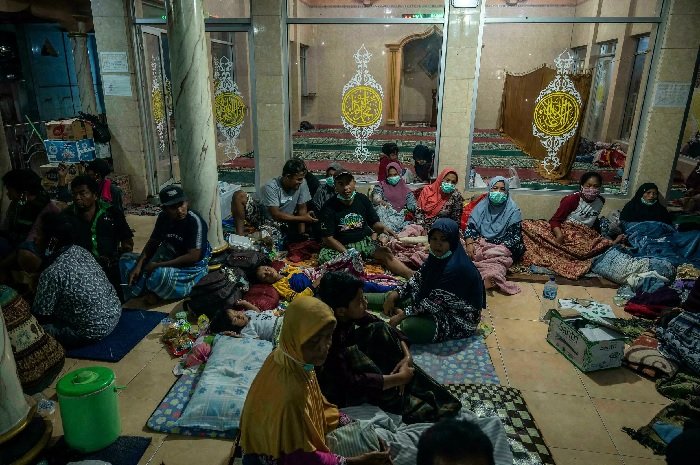 Rescuers in Indonesia raced to find survivors in villages blanketed by molten ash Sunday after the eruption of Mount Semeru killed at least 13 people and left dozens injured, officials said.

The eruption of the biggest mountain on the island of Java caught locals by surprise on Saturday, sending thousands fleeing and forcing hundreds of families into makeshift shelters.

At least 11 villages of Lumajang district in East Java were coated in volcanic ash, submerging houses and vehicles, smothering livestock and leaving at least 900 evacuees seeking shelter in mosques, schools and village halls.

“We did not know it was hot mud,” said Bunadi, a resident of Kampung Renteng, a village of about 3,000 people. “All of a sudden, the sky turned dark as rains and hot smoke came.”

Dramatic footage showed Semeru pumping a mushroom of ash into the sky, looming over screaming residents of a nearby village as they fled.

Two of the victims have been identified, he said in a later statement.

At least 57 people including two pregnant women were injured in the eruption, of whom 41 suffered burns and were hospitalised, the agency said in a press release.

President Joko Widodo on Sunday ordered a rapid emergency response to find victims after the scale of the disaster became clear, said state secretary Pratikno, who like many Indonesians goes by only one name.

As many as 10 trapped people were rescued from areas surrounding Lumajang, according to Muhari, as villagers and rescuers worked through the night to find anyone trapped or retrieve bodies.