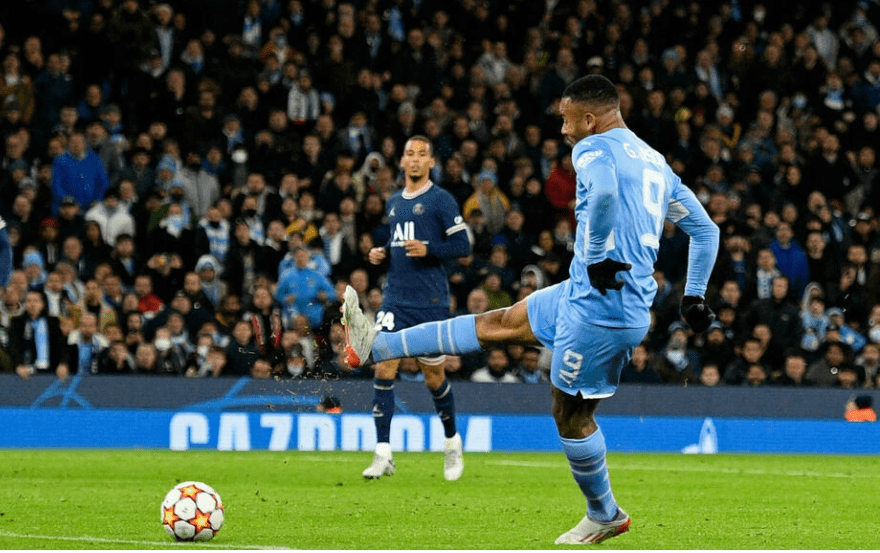 Manchester City beat Paris Saint-Germain 2-1 on Wednesday but both clubs qualified for the last 16 of the Champions League, along with Real Madrid, Inter Milan and Sporting Lisbon.

Gabriel Jesus tapped in from Bernardo Silva’s deft knockdown on 76 minutes to settle an absorbing match at the Etihad after Raheem Sterling had cancelled out Kylian Mbappe’s goal.

Before Jesus sent the crowd wild in Manchester, Neymar shot wide to blow a golden chance to put the Parisians ahead.

Lionel Messi had a low-key game and Sergio Ramos, named among the substitutes, was not called on to make his PSG debut.

Pep Guardiola’s City, the beaten finalists last season, are guaranteed of winning Group A, while PSG qualified in second place despite the defeat because RB Leipzig thrashed Club Brugge 5-0 in Belgium.

Messi eyes ‘something special’ at PSG before presentation