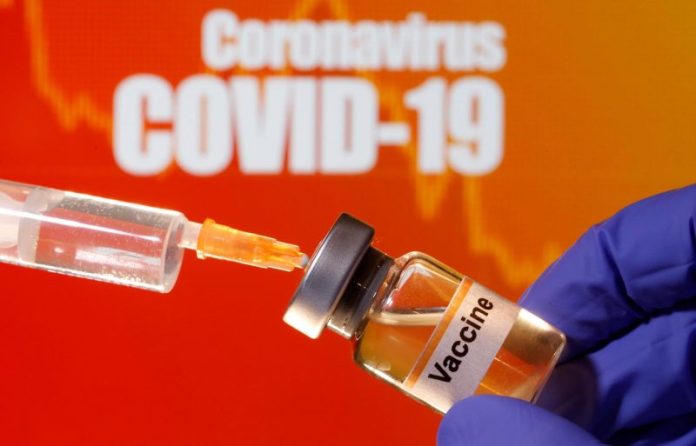 Special Assistant to the Prime Minister on National Health Services, Regulations and Coordination Dr Faisal Sultan on Wednesday said that the government was making sincere efforts to ensure the availability of the COVID-19 vaccine at all vaccination centres and more doses are expected to arrive soon.

In a media briefing, Dr Sultan said that so far 20 million citizens have been vaccinated as the government secured sufficient doses in the month of June to ramp up the vaccination drive in the country.

He dismissed talk of vaccines having run out in Pakistan as “heresay” and said that shortages were a “global phenomenon”. He said that the vaccine situation in the country would improve after June 20 when more vaccines would reach Pakistan.

It is not clear which vaccines will be arriving at that time.

He said that the government was in contact with local and provincial administrations to make up the shortfall. “We are carrying out load balancing and redistribution locally to manage the situation across the country.”

Dr Faisal said: “We have two million doses available and vaccinations will continue to protect our citizens from carrying the coronavirus.”

The premier’s aide on health said that there was no harm if the second dose of vaccine was delayed by six to eight weeks instead of a routine three to four-week duration in between jabs.

He advised citizens to strictly follow COVID-19 Standard Operating Procedures (SoPs) in offices and markets to prevent the disease. “COVID-19 is a deadly virus but we can control it just as we controlled it by following the SoPs during the first and second waves.”

He said that the government was seeking full cooperation in adhering to the SoPs. “We can save precious lives including those of our near and dear ones by taking preventive measures. Wear a mask, maintain social distancing, wash hands with soap frequently, and avoid crowded places.”

Pakistan on Tuesday faced a shortage of COVID-19 vaccines due to the lack of coordination among government bodies, coupled with a disruption in supply from China, The News reported.

Officials in the federal government said that the task of procuring the vaccines had been assigned to the National Disaster Management Authority (NDMA) while the National Health Ministry was relieved of this duty. As a result, a lack of coordination was witnessed while there was a disruption in vaccine supplies from China which led to the crisis.

The NDMA, officials said, was not only dealing with Chinese vaccine manufacturers, including Sinopharm, Sinovac, and CansinoBIO, but it was also negotiating with Pfizer for the procurement of its mRNA vaccine for the country, a deal which could not be struck yet.

Similarly, they said, Pakistan was relying heavily on the National Institute of Health (NIH), Islamabad, for the preparation and filing of single-dose Chinese vaccine Cansino from the bulk concentrate, which is being distributed as PakVac, but the NIH also failed to fulfil its commitment of sustained supply of the single-dose vaccine.

“NIH Islamabad had assured that they would be providing three million doses of PakVac (Cansino) vaccine per month but it failed to meet its commitment”, one of the officials said. – APP

Little warmth despite the heat at Biden-Putin summit