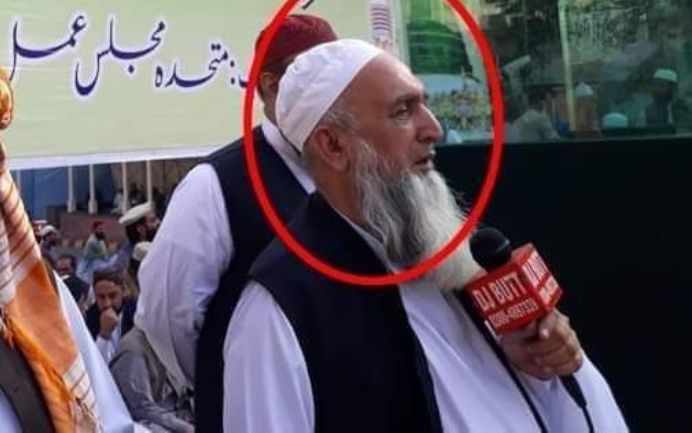 Police have registered a case against Mufti Azizur Rehman after a video clip surfaced on social media showing the cleric allegedly sexually assaulting one of his students.

The case has been registered at the North Cantt police station under Section 377 (unnatural offences) and Section 506 (punishment for criminal intimidation) of the Pakistan Penal Code, Dawn reported.

According to the first information report (FIR) registered on June 17, the victim said that he got admission to the Jamia Manzoorul Islamia in 2013.

He said that during the exams, Mufti Rehman had accused him and another student of cheating by getting someone else to sit for the exams. “Over this, I was also banned from giving exams at the Wafaqul Madaris for three years,” he said in the complaint.

He said that he pleaded to Mufti Rehman, but the latter was unmoved. But Mufti Rehman said that he might be able to think of something if I engaged in sexual activities and “make him happy”, the victim said, adding that he had no choice but to be subjected to sexual assault.

“Mufti Rehman claimed that the ban would be removed and that he would also pass me in the exams. But despite a passage of three years, during which I was assaulted every Friday, he did nothing and started to blackmail me more,” S* said.

The victim said he complained to the madrassah’s administration but they refused to believe him as Mufti Rehman was an “elder and a pious man” and instead accused him of giving a false statement.

According to the complainant, when he began recording the abuse and showed it to Wafaqul Madaris al Arabia nazim. “After this Mufti Rehman started threatening me with dire consequences as well as my life,” he said.

He said because of audio and video recordings, the administration of the Jamia Manzoorul Islamia removed Mufti Rehman which angered the cleric. He added that he was now being threatened by Mufti Rehman and his sons and asked for action to be taken against them.

The disturbing video, which surfaced a couple of days ago, stirred up a storm on social media as citizens called for action to be taken against the JUI-F leader.

Meanwhile, Mufti Rehman — in a video message that was circulating on social media — claimed his innocence and said that the boy in the video had drugged him due to which he was not in his senses.

He said that if he was “in his senses” how could the boy have made a video using a mobile phone without him knowing. He said that this was a conspiracy to have him removed from the madrassah.

On June 3, the Jamia Manzoorul Islamia had removed Mufti Rehman. The directives, issued by Muhtasim Asadullah Farooq, said that some people from the neighbourhood had visited the madrassah and showed the video of the alleged sexual assault to the administration and to Mufti Rehman’s son and asked the latter to leave.