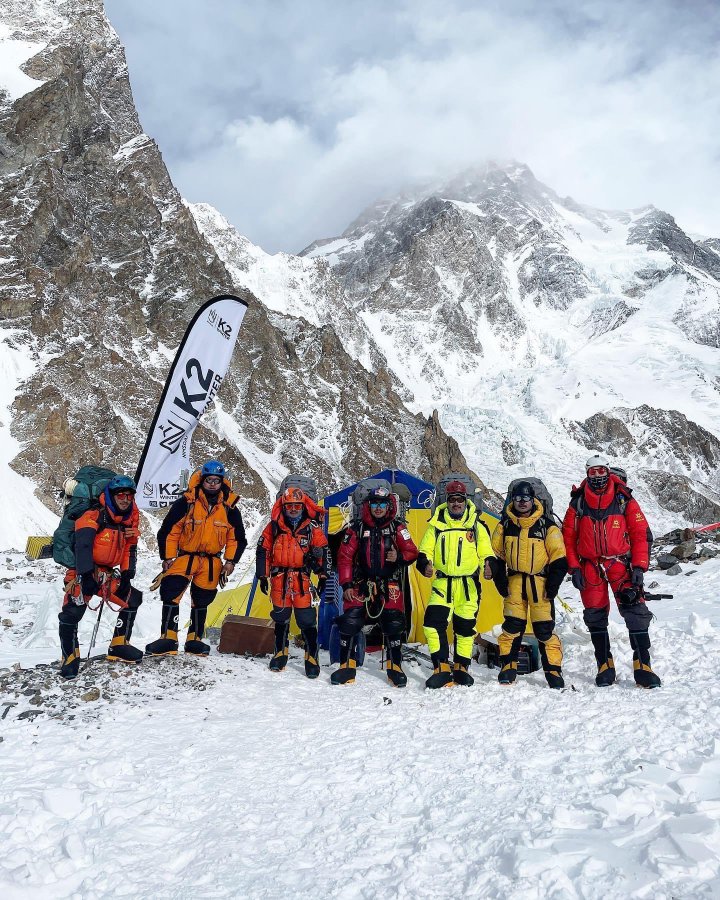 GILGIT: Ten Nepalese climbers made history on Saturday by succeeding in the first ever winter ascent of Pakistan’s mighty K2 peak.

This is the first ever winter ascent of K2 – Pakistan’s highest & the world’s second-highest mountain at 8,610m.  Till today it was the only peak above 8,000 metres that had not been climbed in winter

As many as 60 mountaineers were attempting to summit the second highest peak in the world this winter that begins in December and ends in February.

Never before has the K2 base camp been so crowded by climbers from Britain, Germany, Switzerland, Belgium, Bulgaria and a dozen countries during the winters.

About 30 Nepali Sherpas are part of the expeditions that will accompany the mountaineers and assist them with fixing ropes along the route.

The 8,611 metre-high K2 is the only peak that has never been conquered in the winter, and has become one of the biggest challenges for veteran climbers. Most mountaineers want to reach the top without bottled oxygen, which is usually necessary while attempting to summit peaks above 8,000 metres.

Qureshi to represent Pakistan at ‘Heart of Asia’ ministerial summit