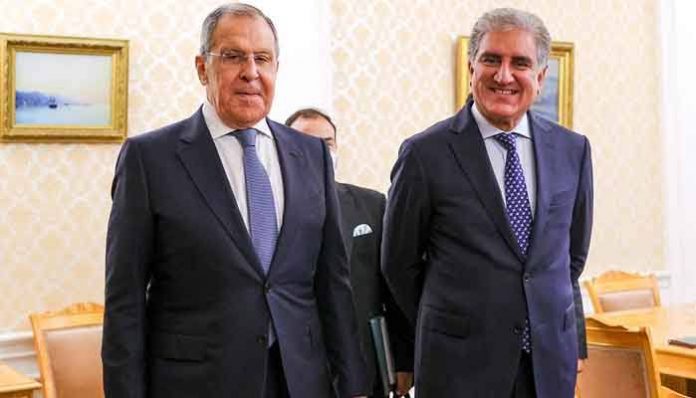 In a meeting held on On the sidelines of the SCO Council of Foreign Ministers meeting in Dushanbe, the two sides reviewed the implementation status of the decisions taken during Russian foreign minister’s visit to Pakistan in April 2021.

It was agreed to work closely to further strengthen bilateral relations in all spheres, the Foreign Office said in a statement.

The two Foreign Ministers agreed to remain in contact for the mutual benefit of the two countries.