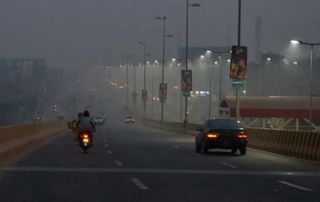 “A sustainable environment protection plan is need of the hour to fight pollution, especially in major cities,” Imran Khan said while chairing a meeting to counter pollution and its impact on health and related issues in the country.

For the past fortnight, smog has engulfed large swathes of land in Punjab, mostly due to the burning of stubble, vehicular and smoke from industries and a number of measures

The Prime Minister directed the departments concerned to devise a strategy in coordination with the provincial governments to save the major cities from pollution, by taking all necessary steps, at the earliest.

“In line with our manifesto, clean and pollution-free Pakistan is our top priority, and long term measures should be taken to deal with the climate change-related issues,“ he said.

A statement from the Prime Minister Office said, “we are focused on maximising green cover of our cities through massive plantation.”