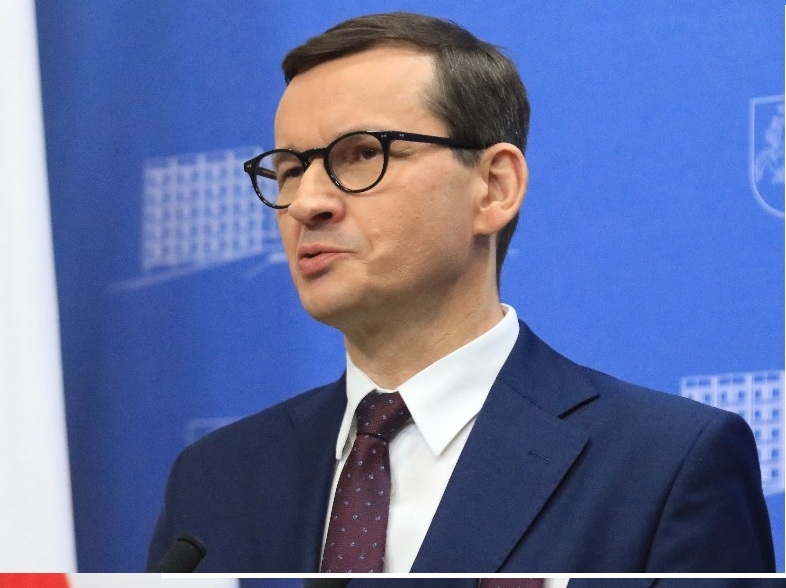 Polish Prime Minister Mateusz Morawiecki on Sunday called the migrant crisis on the Belarusian-Polish border, the EU’s eastern frontier, the “greatest attempt to destabilise Europe” since the Cold War.

The premier made the remarks as he prepared to meet EU leaders at a time when Warsaw is facing not only a border crisis but heightened tensions with Brussels over allegations it is breaching its commitment to the bloc’s democratic principles.

The West accuses Belarus of creating the crisis by bringing in would-be migrants — mostly from the Middle East — and taking them to the border with promises of an easy crossing into the European Union.

Belarus has denied the claim, instead criticising the EU for not taking in the migrants.

Morawiecki tweeted that Belarusian President Alexander Lukashenko had “launched a hybrid war against the EU. This is (the) greatest attempt to destabilise Europe in 30 years”.

“Poland will not yield to blackmail and will do everything to defend the EU’s borders,” he said.

He linked to a video statement in which he warned that “today the target is Poland, but tomorrow it will be Germany, Belgium, France or Spain”.

He also claimed that Lukashenko had the “backroom support” of Russian President Vladimir Putin.

Lukashenko told the BBC earlier that it was “absolutely possible” his forces had helped people cross into the EU but denied orchestrating the operation.

Brussels and NATO have previously also described the migrant crisis as a “hybrid tactic”, meaning a combined military-political operation.

“Today on Poland’s eastern border we are facing a new type of war, a war whose weapons are migrants and disinformation — a hybrid war,” Morawiecki said Sunday in Estonia.

The Polish PM is visiting the Baltic states — two of which also share a border with Belarus — over the conflict.

His Lithuanian counterpart Ingrida Simonyte told reporters “we need to increase pressure on the Minsk regime” to resolve the crisis.

Morawiecki said he will also visit other EU capitals this week.

Speaking in Vilnius, he said the diplomacy was aimed at urging Western allies “to not let the particular problems currently being discussed between us in Brussels to overshadow the gigantic real risks emerging on the horizon.”

Some observers believe Poland is exploiting the border issue to distract from controversial reforms that the EU believes limit the independence of the judiciary.

The European Commission wrote to Poland on Friday to launch a process that could lead to a withholding of funds over the issue.

“While the problem on Poland’s border is serious and requires Western solidarity — for example by sanctioning Belarus — Morawiecki blows it out of proportion,” political expert Marcin Zaborowski told news PMC.

The policy director at the Globsec think tank argued that the Belarus action “pales in comparison with the war in Ukraine, cyber attack in Estonia in 2007 and Russian support for far-right extremism in Europe.”

According to an opinion poll released Sunday by the Rzeczpospolita daily, more than 55 percent of Poles are worried the border crisis could lead to all-out war.

The migrants, many desperately fleeing war and poverty in the Middle East, have spent thousands to fly into Belarus on tourist visas, determined to reach the European Union.

Once at the border, they are faced with squalid, freezing conditions.

Polish media say at least 11 migrants have died since the crisis began over the summer.

A Yemeni migrant who died in September was laid to rest on Sunday in the Polish village of Bohoniki, with his brother in attendance.

Yemen’s foreign ministry said he died “as a result of the severe drop in temperatures”.