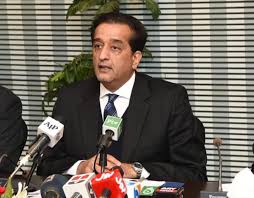 ISLAMABAD, Nov 21 – Special Assistant to the Prime Minister (SAPM) on Climate Change Malik Amin Aslam on Sunday said that negligence of previous governments and lack of ownership on their part over last several years led to massive encroachments on the country’s resource-rich forest lands all over the country.

Addressing a media briefing here, the PM’s aide told media that the encroached lands, currently valued at Rs. 500 billions, have been converted into, among others, the residential societies and commercial areas, causing irreversible environmental degradation, loss of biodiversity and public health woes.

The SAPM informed the media that under the cadastral mapping some 50,000 square kilometers area was covered situated in the four federating units of Punjab, KP, Balochistan and Sindh.

Spelling out details, Malik Amin Aslam said that in Punjab and KPK around 160,000 acres public or state land was encroached Rs500 billion.

The most recent findings of the Survey of Pakistan have concluded that around 700,000 acres (2833 sq km) of the forest land was currently under illegal occupation.

He estimated further that the encroached state land number was highest in the Sindh province.

While sharing the digitized cadastral maps of state lands and encroachments upon them, he announced that Prime Minister Imran Khan would share this data with the provinces for stringent action against land grabbers encroaching many of these lands for recovery.

He told media that the maps belonging to Punjab, Khyber Pakhtunkhwa and Balochistan provinces had been prepared by the Survey of Pakistan, whereas preparation of the maps of encroached forest lands in Sindh hit snags because of information delay from the provincial authorities concerned.

According to one of the completed digital cadastre mapping, 71 percent (10,970 acres) of forest land in Benazirabad district, Sindh, was encroached out of the total 15,450 acres whereas Takhtpari Forest in Rawalpindi had a total of 2,210 acres area out of which 755 acres almost 34 percent was encroached, the PM’s aide said.

He added that, the Lohi Behr Forest area located at the fringes of of Rawalpindi and Islamabad had over 57 percent (629 acres) of its total 1,089 acres area was devoured by land mafia.

Karachi Forest Division, which has already turned into a ‘concrete jungle’ had 2,703 square kilometers forest area originally, has now shrunk to only 0.4 percent at the hands of the land grabbers.

The SAPM lamented that the prior regimes kept a criminal silence over these encroachments and avoided any punitive action against the land grabbing mafias.

“But now no stone will be left unturned to recover the encroached forest land that has the potential to increase existing forest cover of 5 percent to 8 percent,” Malik Amin said.

Amin recalled that the cadastral mapping was launched by the Prime Minister one and half year ago to launch punitive and impartial action against the land encroachers.