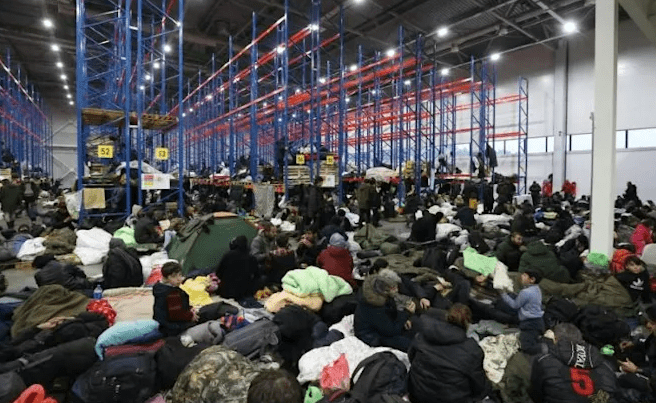 Though there have been signs of the crisis easing, Defence Minister Mariusz Blaszczak said he expected the border showdown to be long drawn out.

Polish border guards reported new attempted crossings by several groups mostly consisting of dozens of migrants, even if there was one crowd of 200 people hurling rocks and using tear gas.

“We have to prepare for the fact that this problem will continue for months. I have no doubt that that will be the case,” Blaszczak told the commercial RMF FM radio station.

“Now a bit of a new method has been taken on by the migrants and Belarusian services… Smaller groups of people are trying to cross the border in many places,” he said.

He added that “there is no question that these attacks are directed by Belarusian services.”

The West accuses Belarus of artificially creating the crisis by bringing in would-be migrants — mostly from the Middle East — and taking them to the border with promises of an easy crossing into the EU.

Belarus has denied the claim, instead criticising the EU for not taking in the migrants.

Belarusian President Alexander Lukashenko told the BBC on Friday that it was “absolutely possible” his forces had helped people cross into the EU but denied orchestrating the operation.

“We’re Slavs. We have hearts. Our troops know the migrants are going to Germany… Maybe someone helped them,” he said.

“But I didn’t invite them here.”

There were indications this week that the crisis was abating after several hundred migrants were repatriated to Iraq, while 2,000 others left a makeshift border encampment for a nearby warehouse.

Poland’s border guards said that on Friday there had been 195 attempted illegal crossings.