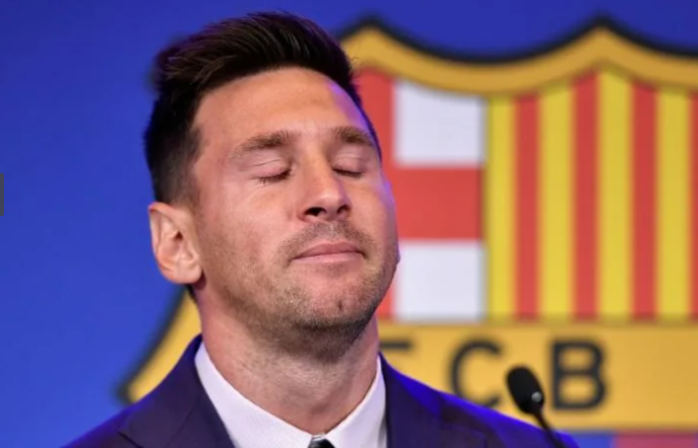 0
Share
“It’s extraordinary for Ligue 1,” said Metz coach Frederic Antonetti.
“But for a purist like me, Messi should have finished his career at Barcelona.”
This summer PSG have already added veteran Spanish defender Sergio Ramos from Real Madrid, where he won four Champions League crowns, as Italy goalkeeper Gianluigi Donnarumma.
Messi is a free agent. Ramos also arrived on a free transfer.
A move to the Parc des Princes would mean a reunion with his Argentina international colleague Angel di Maria.
An added attraction is that coach Mauricio Pochettino, like Messi, started his career at Newell’s Old Boys in Rosario, Argentina.
Pochettino has been giving nothing away on the arrival of Messi.
“There have been lots of rumours. Lots of things are being said,” he said as PSG laboured to a 2-1 win over Troyes in their opening game of the new league season.
Jorge Sampaoli, the coach of PSG’s bitter rivals Marseille, said the arrival of Messi can only be good news for French football.
“It would be great for Ligue 1, he’s the best player in the world,” said Sampaoli.
“French football has won a lot and grown a lot in recent seasons.
“Even if he goes to a club other than Marseille, it will be good. Everyone would be riveted on the championship. It will be an additional motivation for us to play against him.”
Meanwhile, in an indication that Barcelona are keen to move swiftly on, they defeated Juventus 3-0 on Sunday night in a pre-season friendly.
Continue Reading
Champions LeaguefootballgamemessiReal Madrid
0
Share FacebookTwitterGoogle+ReddItWhatsAppPinterestEmail

Messi eyes ‘something special’ at PSG before presentation