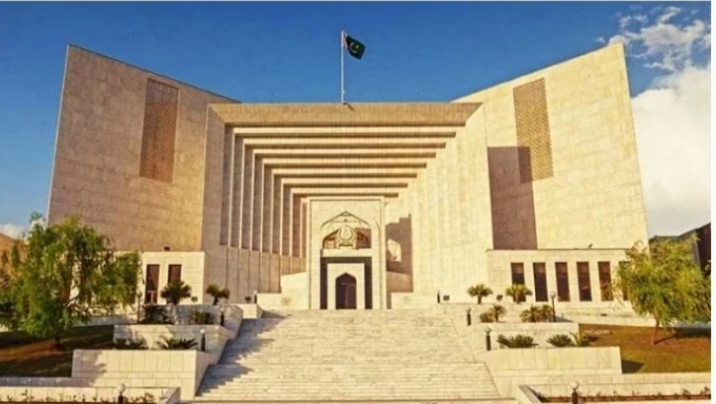 ISLAMABAD: The reference for the interpretation of Article 63A will be filed in the Supreme Court today (Monday), Federal Minister for Planning, Development, Reforms and Special Initiatives Asad Umar said on Sunday.

The minister, who is also the secretary-general of the ruling PTI, said in a tweet that the reference was “ready” to be filed.

“Hopefully the case will put the bizarre trade of buying loyalties and becoming a turncoat in politics to an end forever and the influence of money in politics would be reduced,” Umar wrote.

Meanwhile, former law minister and eminent constitutional expert Aitzaz Ahsan said that Article 63A is applicable to a member who votes against his party policy and that without casting a vote, a member of the assembly could not be disqualified.

Prime Minister Imran Khan has alleged the use of massive money for the purchase of conscience and loyalties of members of his party by the opposition for support to its no-confidence motion. However, the opposition has challenged the government to come up with any such evidence.

The prime minister, during his speech at the Rawalpindi Ring Road ground-breaking ceremony, called on the estranged members of the National Assembly, belonging to the ruling PTI, to return.

“I will give them the benefit of the doubt,” he remarked.

PTI’s Secretary General Asad Umar issued show-cause notices to as many as 13 MNAs of PTI (who had publicly announced plans to vote according to the call of their conscience and denied outright the money factor in this connection).

Govt approaches SC to seek clarity on Article 63(A)
Earlier, the government had decided to approach the SC for interpretation of Article 63(A) as several PTI lawmakers announced to vote on the no-trust motion, in a violation of the party policy.

The decision was taken during a consultative meeting of the PTI’s political committee held with Prime Minister Imran Khan in the chair on Friday.

The meeting discussed the legal options available to act against the disgruntled lawmakers and counter the Opposition’s move to dislodge the government of Imran Khan.

24 PTI MNAs seek refuge in Sindh House
A couple of days ago, 24 PTI MNAs had moved to the Sindh House out of fear that the government will take action against them similar to the March 10 raid by the police on the Parliament Lodges.

MNA Raja Riaz, who is a member of the Jahangir Tareen group, had told journalist Hamid Mir that the disgruntled members would vote for the no-confidence motion against PM Imran Khan in “accordance with their conscience.”