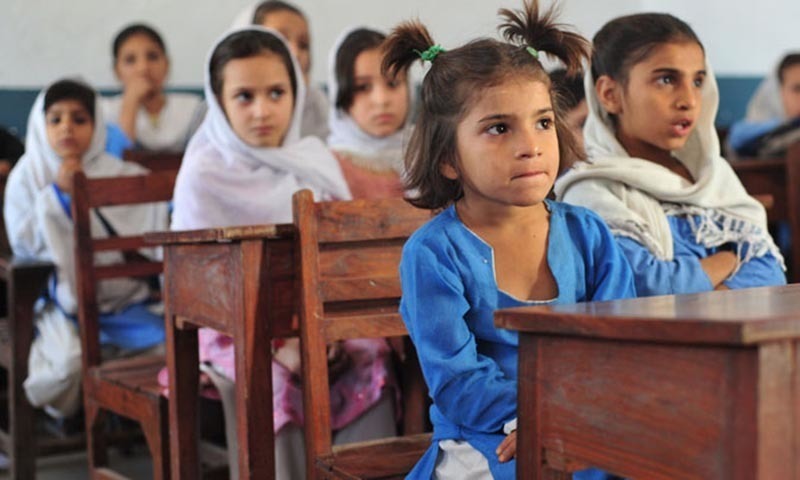 KARACHI: The Sindh Health Department on Tuesday recommended that schools across the province be reopened but with half attendance.

These suggestions from the provincial health department came during a meeting of the Sindh Steering Committee on Education. The department said that schools should be allowed to reopen, as cases of the virus had somewhat declined but those schools where staff were 100% vaccinated, should only be allowed to reopen.

For the first time, representatives of the parents association were also invited to the meeting, the sources privy to the matter said.

Schools will reopen from August 20

Speaking at a press conference, the Sindh education minister was flanked by MPA Ismail Rahu.

Rahu had said that intermediate exams that had been postponed due to the lockdown will be taken from August 10, reiterating that the government will not allow cheating at any cost.

Sindh had closed schools and other educational institutions after the delta variant of the coronavirus had resulted in a large number of cases, the most in the province being reported from Karachi.

The Sindh government and the federal government had both indulged in a war of words over the coronavirus lockdown, with the latter lashing out at the former by saying that only elites preferred a lockdown.

The final decision about reopening schools or not will be taken today by the provincial government. Earlier, the Sindh government had warned government employees that their salaries will be denied if they did not get themselves vaccinated by August 31.

With over 7mn #drug users in #Pakistan, authorities are worried over reports that drugs are being sold outside #universities
#newspmc