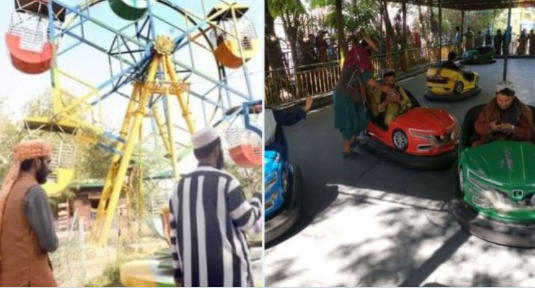 The Taliban swarmed Afghanistan’s capital Kabul last weekend after years of conflict, with Taliban officials announcing that the country’s “war is over.”

Making rounds on social media, Taliban fighters some of them along with their weapons could be seen enjoying in bumper car rides.

In another video, they are seen riding play horses in the park.

While the panic prevails around Kabul Karzai international Airport, Talibans are celebrating their win.

Taliban on outskirts of Afghan capital