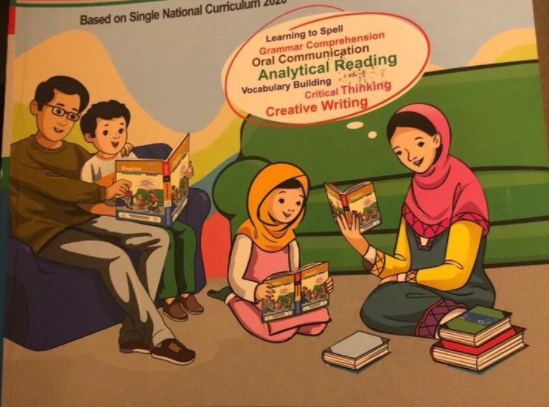 According to a statement issued by the Feminist Students Collective the content in books is extenuating the achievements of women by giving them a subservient position in society and promoting misogyny.

Education is a powerful tool for forming the understanding, attitudes and behavior of individuals.

While Pakistan is already facing issues like unequal access to education and difference in enrolment rates for girls and boys, the current curriculum is destroying the quality and quantity of education by making it highly biased against women.

The curriculum is mostly focused on the content that specifies a male’s dominant role in society. There is little or no focus on achievement of women in the books. They are portrayed as someone who can only play its role by supporting men, not by competing with them.

The reasons behind this propaganda are intolerant religious extremists towards the rights of women and the patriarchy that only wants to highlight male domination.

Patriarchy begins from schools and homes where dominance of male gender is being maintained by compromising the rights of females. The government should redesign the curriculum and equally include the achievements of both men and women.

Shahbaz Gill, special assistant to Prime Minister, dismissed the objections as a propaganda.

“The BBC column sought to give the impression that Pakistan is a victim of sexual discrimination at the state level by making superficial objections. Assuming that in one picture the child is sitting on top, then in the other the child is on the ground and the girl is on top,” Gill said in response to the column.

“We need more discussion more debate more sharing of thoughts to improve curriculum for our kids.  Instead of debate and discussion some people spreading fake information to fullfill their agenda,” he added.