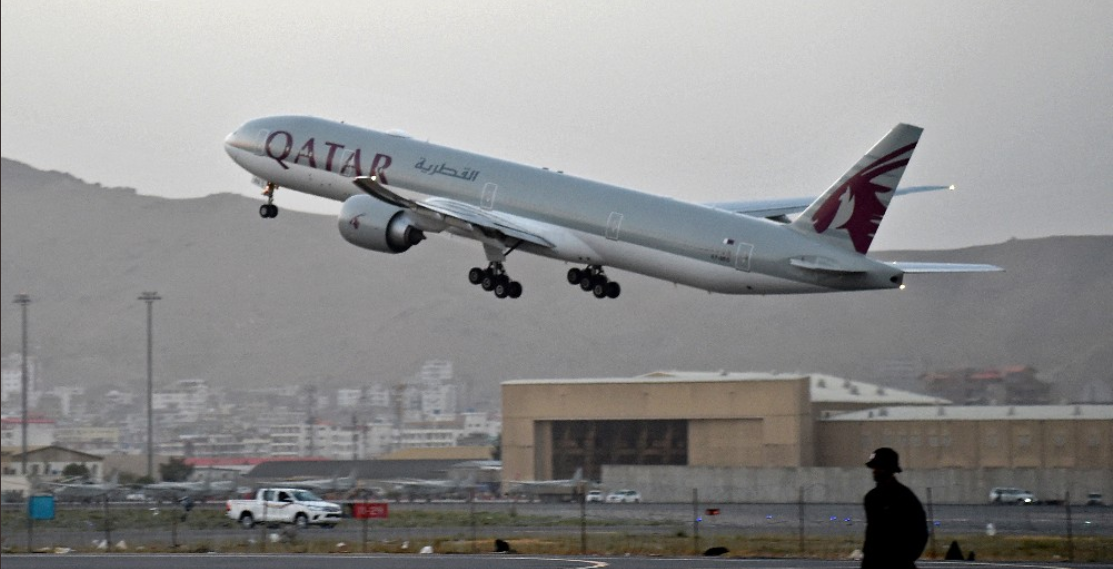 Some 200 passengers, including US citizens, left Kabul airport on Thursday, on the first flight carrying foreigners out of the Afghan capital since a US-led evacuation ended on August 30.

The flight to Doha comes as the Taliban continue their transition from insurgents to governing power, less than a month after they marched into Kabul and ousted former president Ashraf Ghani.

Thursday afternoon’s Qatar Airways flight took some 200 people from Kabul’s airport — the first since a mammoth, chaotic airlift of more than 120,000 people came to a dramatic close with the US pullout.

An Afghan-American dual citizen, waiting to board the flight with his family, said the US State Department had called him in the morning and told him to go to the airport.

“We got in contact with the State Department, they gave me a call this morning and said to go to the airport,” the father, who asked not to be named, told AFP.

Dutch Foreign Minister Sigrid Kaag tweeted to thank the Qatari government “for making this possible”, saying 13 of its nationals were on board the flight.

In the days that followed the Taliban’s blitz, the airport had become a tragic symbol of desperation among Afghans terrified of the militants’ return to power — with thousands of people crowding around its gates daily, and some even clinging to jets as they took off.

More than 100 people were killed, including 13 US troops, in a suicide attack on August 26 near the airport that was claimed by the Islamic State group’s local chapter.

Footage broadcast by Al Jazeera TV on Thursday showed families including women, children and elderly people waiting with suitcases at the airport for their turn to leave.

It was not immediately clear whether any countries other than Qatar had played a role in organising the airlift.

Qatar has acted as the central intermediary between the Taliban and the international community in recent years, and numerous countries, including the United States, have relocated their embassies from Kabul to Doha in the aftermath of the Taliban takeover.

“We are very appreciative of the Qataris,” one man told the channel, giving his nationality as Canadian.

Away from the airport, there was a noticeably stronger Taliban presence on the streets of Kabul as armed fighters — including special forces in military fatigues — stood guard on street corners and manned checkpoints, according to AFP journalists.

Qatar’s special envoy to Afghanistan, Mutlaq al-Qahtani, called it a “historic day” for the airport.

He also said it marked a major step on the road to “reopening … the airport to international flights, but it may be gradual”.

Most of the early Afghan evacuees were desperate to flee fearing Taliban reprisals for having worked with foreign powers during the 20-year, US-led occupation.

The United States has repeatedly pledged to continue working to evacuate any American citizens still in Afghanistan after last month’s airlift ended.

“It’s right around 100 right now and we’re working to get those American citizens who want to depart out of the country, as well as legal permanent residents and other key partners,” Psaki told MSNBC.

The Taliban have said they will not prevent anyone who wishes to from leaving the country, even as they have urged skilled Afghans, such as doctors and engineers, to remain.

The Islamist hardliners have pledged a more moderate brand of rule than in their notoriously oppressive 1996-2001 reign.

However, they have shown clear signs that they will not tolerate opposition.

Earlier this week armed Taliban militants dispersed hundreds of protesters in cities across Afghanistan, including Kabul, Faizabad in the northeast and in Herat in the west, where two people were shot dead.

Late Wednesday, they moved to snuff out any further civil unrest, saying protests would need prior authorisation from the justice ministry, adding that no demonstrations were allowed “for the time being”.

One protest organiser told AFP rallies in Kabul had been cancelled because of the overnight ban.

A Taliban interim government, drawn exclusively from loyalist ranks, formally began work this week with established hardliners in all key posts and no women -– despite previous promises of an inclusive administration for all Afghans.

All the top positions have been handed to key leaders from the movement and in particular the Haqqani network — the most violent Taliban faction, known for devastating attacks.

The dreaded Ministry for the Promotion of Virtue and Prevention of Vice — previously responsible for arresting and punishing people for failing to follow the movement’s restrictive interpretation of sharia — is being reinstated.