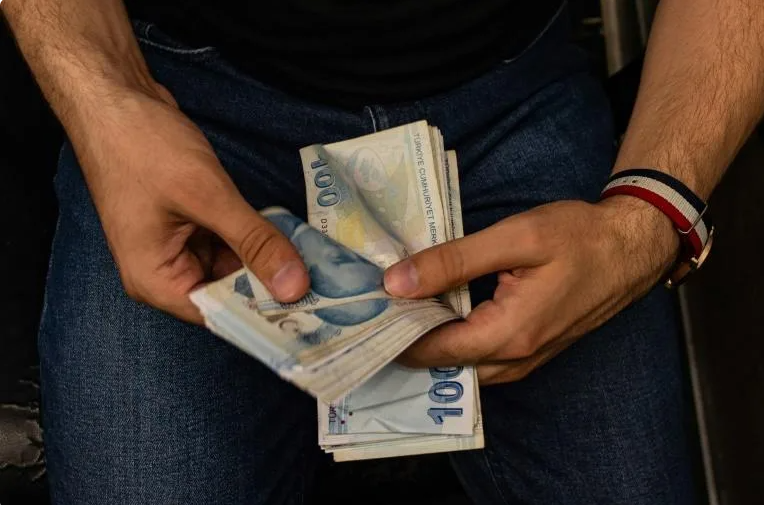 Turkey’s currency on Thursday plumbed record lows as Ankara reeled from the twin blows of being placed on a terrorism financing and anti-money laundering watch list and an interest rate cut that economists fear could spark hyperinflation.

One of the year’s worst days for the beleaguered lira started with a central bank decision to cut its policy rate to 16 from 18 percent despite rising inflation and a new surge of foreign currency buying by ordinary Turks.

The lira lost more than 2.5 percent against the dollar on fears the bank had lost its last vestiges of independence from Turkish President Recep Tayyip Erdogan — a renowned opponent of high interest rates.

“The sharp cut is completely unwarranted by the inflation outlook,” the Oxford Economics consultancy said in a note to clients.

“The rate cut has exacerbated hyperinflation worries and investors decided to further abandon the Turkish lira as a result,” analyst Fawad Razaqzada of ThinkMarkets said.

Erdogan has been pushing the policy-setting bank to cut interests rates in order to boost lending and promote investment and economic growth.

This expansionist policy has helped Turkey’s economy grow throughout the coronavirus pandemic and perform far better than its emerging market peers.

But the drawbacks have also been dire.

The lira has lost one-fifth of its value against the dollar since the start of the year and the annual inflation rate has reached nearly 20 percent — quadruple the government target.

Turks are converting their liras into foreign currencies and gold to try to preserve their dwindling savings.

“The market will need some convincing to trust the lira again,” Razaqzada said.

The cut came in the face of growing calls from business leaders — including Turkey’s largest industry association — for the bank to regain its independence and focus on stabilising the exchange rate.

Erdogan is in danger of “dragging the Turkish economy into a president-made crisis,” Eurasia Group said.

Turkey’s financial problems deepened further on Thursday when it was placed on a “grey list” of nations under surveillance for shortcomings in combatting money laundering and terrorism financing.

The designation by the Paris-based Financial Action Task Force threatens to further limit foreign direct investments — already standing at a fraction of the inflows Turkey had received when its economy was enjoying robust health a decade ago.

Economists believe that many of Turkey’s travails have already been priced in by investors.

The Turkish Industry and Business Association issued a veiled swipe this week at Erdogan’s focus on achieving economic growth at all costs.

Opposition leader Kemal Kilicdaroglu also called on the bank on Thursday to “do what the economy requires” and “not take orders” from Erdogan.

The central bank blamed rising inflation on “transitory” factors such as high global energy prices that will dissipate with time.

“The governor is taking a gamble in order to appease Erdogan,” he added.

Erdogan is famous for his unorthodox belief that high interest rates cause inflation instead of helping tamp it down.

Conventional economic theory states the exact opposite is true.

Thursday’s interest rate cut was sharper than the one percentage point reduction expected by the market and the bank hinted that it may hold off on more reductions for some months to come.

But some economists warned that the damage had already been done.

“Think the message to Kilicdaroglu and the market is clear — I listen to Erdogan and no one else,” Ash wrote.