Using force not a solution to eliminate extremism: PM 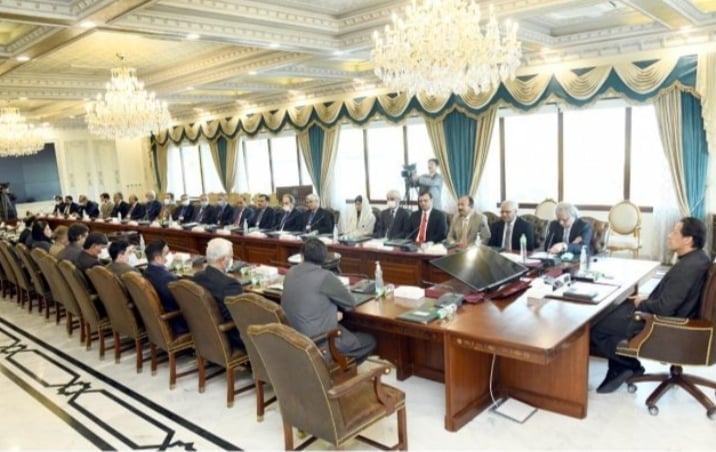 ISLAMABAD, Dec 9: Prime Minister Imran Khan on Thursday emphasized that using force was not a solution to eliminate extremism, rather instilling moral and ethical values in the young generation would create a moderate, tolerant and progressive society. “The main objective of establishing Rehmatul Lil Alameen Authority is to raise the moral standards of our society,” he said added. The Prime Minister was answering a question about extremism and rising number of crimes against women and children, during an interactive session with officers participating in the 115th National Management Course (NMC).

Discussing the need for a Single National Curriculum, he stated that parallel education systems have created class distinctions.

The government intends to have a core curriculum adopted throughout the country so that children get a strong base, the Prime Minister, adding, thereafter, it was the choice of students to specialize in whatever field they wanted.

He said the Authority will conduct research and provide guidance based on the life of Holy Prophet Muhammad (Peace Be Upon Him).

The Prime Minister said that children have access to every kind of material through mobile phones and to an immature mind such content gives way to misconceptions and extremism.

The government will provide an alternative to our youth i.e. the teachings of Holy Prophet (PBUH) including respect, dignity, family values, ethics and morality, he added.

While addressing the officer of 115th National Management Course officers, the Prime Minister said that civil servants bear a huge responsibility of serving the public and striving for welfare of the masses.

He emphasized that as decision makers there will always be two choices for them. “One is the easy way of earning money and corruption that leads to destruction and the other is to earn respect and growth which is slow and full of challenges,” he remarked.

Deliberating on the economic challenges, the Prime Minister stated that the present government inherited huge fiscal debt due to corruption and malpractices of the previous regimes.

He added that despite COVID pandemic which adversely impacted the world economy, Pakistan managed its economy with success which has been acknowledged by international organizations.

The Prime Minister stated that due to the government’s “ease-of-doing-business” policy all economic indicators were moving in positive direction particularly large scale manufacturing, exports and construction sectors.

Lamenting on the lack of long-term planning by previous governments, he stated that the present government has initiated work for the construction of 10 dams in order to meet the country’s energy and water requirements.

The Prime Minister said that achieving economic growth and prosperity was a gradual process, but the government was committed to implement long-term reforms in all sectors that will lead to Pakistan becoming regional leader as it was in the decade of 70s.