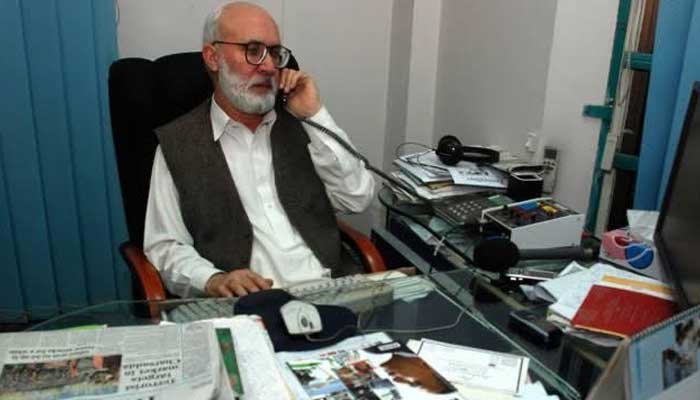 Veteran Pakistani journalist Rahimullah Yousufzai passed away on Thursday after fighting a long battle with cancer, his family said.

My father Rahimullah Yusufzai has breathed his last after fighting a long battle against cancer. His funeral will be held at our native village Inzargai, near Babuzai Interchange, Swat Expressway, Katlang Tehsil in Mardan District on Friday 10 Sep at 11AM https://t.co/3EAvfeiCOA

Considered an expert on Afghan affairs and North West Pakistan, he was among the few within the journalist fraternity to have reported on the Taliban

The journalist was a columnist for the Daily Jang and his works were also published in Time magazine.

In addition, he served as a correspondent for BBC Urdu and BBC Pashto.

He was awarded the Tamgha-e-Imtiaz in 2004 in recognition of his services in the field of journalism.