Was alone when I recorded affidavit, says Rana Shamim 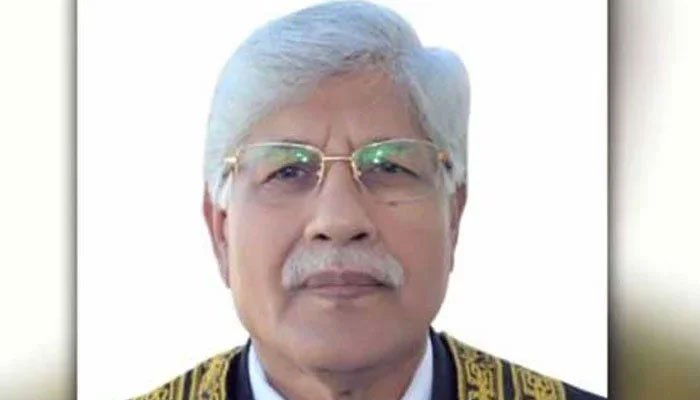 Ex-Gilgit-Baltistan chief justice Rana Shamim Tuesday said he was alone when he recorded his affidavit in London, as per a news report on Geo.tv.

The former GB chief justice appeared before the Islamabad High Court (IHC ) to attend the hearing of a contempt of court case filed against him. Shamim had levelled serious allegations of judicial manipulation against former chief justice of Pakistan, Mian Saqib Nisar.

Shamim was asked by a journalist whether he had indeed sat down with former prime minister Nawaz Sharif and taken an oath. To that, Shamim responded:

“You should ask this question to those who are claiming this.”

The journalist inquired as to whether Rana Shamim had provided this affidavit on his own.

“Of course,” the former judge stated, adding that he was alone while notarising his affidavit.

The original affidavit of Rana Shamim, which has been received from the United Kingdom today, is likely to be read out during the case’s hearing in the IHC.

At the previous hearing, it was agreed that the original affidavit would be opened in the presence of an attorney.