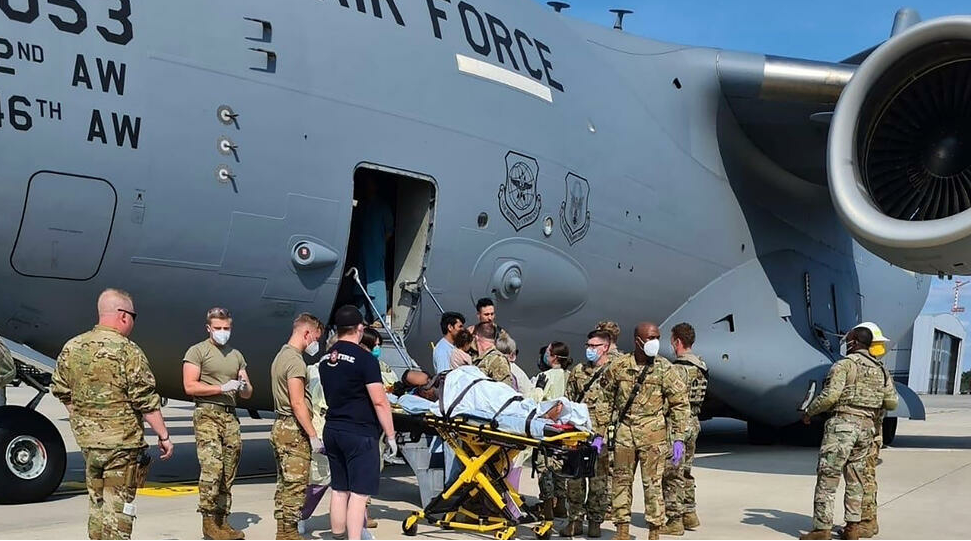 An Afghan woman gave birth to a baby girl on a US military plane shortly after arriving on an evacuation flight to Germany, the US Air Force tweeted on Sunday.

During the flight from a staging base in the Middle East, the woman went into labour and began to experience complications, it said.

“The aircraft commander decided to descend in altitude to increase air pressure in the aircraft, which helped stabilise and save the mother’s life,” the US Air Mobility Command said later on Twitter.

Immediately on landing at the Ramstein base, US military medics helped the woman deliver her baby in the cargo hold of the plane.

Mother and child were then transferred to a nearby medical facility “and are in good condition”, it said.

Footage released by the US military showed the mother lying on a stretcher being carried off the plane by US soldiers at the base in southwest Germany.

A week after the Taliban seized power in Afghanistan, evacuation operations from foreign countries continue under extreme conditions marked by scenes of panic and desperation at Kabul airport.

Since 14 August, about 17,000 people have been evacuated by the US, including 2,500 Americans, the US government said earlier.

The US got the green light from Berlin for some of the evacuees to be directed to Germany, where it has a number of bases.

About 1,150 people landed at the Ramstein base on Saturday, from where they are expected to depart for the United States within days, a base spokesman said.