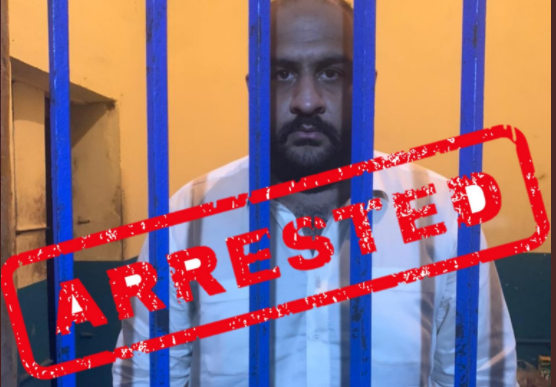 Islamabad police arrested a man who was filmed torturing and harassing a woman in a video that has sparked outrage in Pakistan.

His arrest was confirmed by DC Islamabad Muhammed Hamza Shafqat on Twitter.
Thousands of people expressed outrage after a video of a man and his female companion being tortured and harassed by Usman Mirza surfaced online.

With special efforts of @syedmustafapsp and @ICT_Police the culprit is arrested. His accomplices are also being arrested. It is once again requested to please delete the videos which show ID of victims. pic.twitter.com/gnaM8GXTT3

Human rights activist Ammar Ali Jan, while reacting to the viral clip, said, “From top to bottom, our society is run by petty tyrants. Monsters like Usman Mirza are product of a culture in which they know they can commit horrific violence with impunity. Unfortunately, women face the brunt of our system’s brutality.”

In the video Usman barges into a room with several men, thrashes the couple, abuses them before removing the clothes of the girl. It was not immediately known whether the girl was sexually assaulted by Usman or his cronies.

Senator Faisal Subzwari has demanded authorities take action against the culprits and his accomplices. According to Office of the Deputy Commissioner Islamabad the suspect is arrested and the video was shot a few months ago. Usman Mirza or Mirza Usman as identified by some people is the owner of Auto Land which deals in sale and purchase of lands in Islamabad.