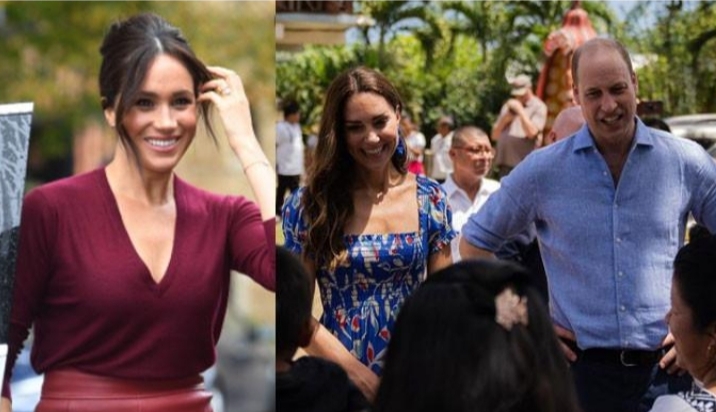 Jamaicans are not happy with Prince William and Kate Middleton visiting.

Political correspondent Nadine Batchelor-Hunt says that the nation is ‘very’ angry for royal treatment with Meghan.

“I don’t think Brits realise how angry Jamaicans are over the treatment of Meghan by the Royal Family and the British public. And the Royal Family should be worried, the decolonisation movement has picked up steam in recent years: Barbados just abolished the Queen as head of state,” said Nadine.

Meanwhile, Jamaicans have demanded separation from Queen and want to opt for a referendum to become a republic.

Good Morning Britain’s correspondent Noel Phillips believes Jamaica “will begin the process of removing the Queen as Head of State” as soon as William and Kate fly back.

He said: “The vote is put to the people of the country to decide if they want to leave or not.

“The Prime Minister, Andrew Holness, has a large majority so he doesn’t have to go to the people”.

She claimed the Cambridges’ royal tour was an “utter failure” and branded it “tone-deaf”.

Dr Shola Mos-Shogbamimu also Tweeted on the current trip, launching an attack on the monarchy.

“Jamaica Govt will commence the removal of the Queen as Head of State once the Duke and Duchess of Cambridge leave.

“#RoyalTourCaribbean is an utter failure. Times have changed and the tide has turned. This #PlatinumJubilee tour is tone deaf.

William and Kate have stepped into the Caribbean for the first time as a couple.

The last senior royal to visit the Bahamas, Jamaica, and Belize was Prince Harry in 2012.