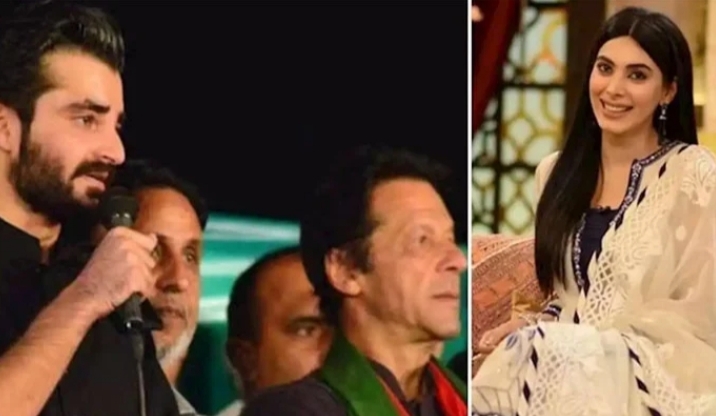 Eshal Fayyaz, the young Pakistani model-actress, had recently appeared in a digital show where she confessed to have a huge crush on Pyare Afzal’s actor Hamza Ali Abbasi.

Fayyaz, known for her movie Kaaf Kangana, was asked in a show about her marriage plans.

To which the 28-year-old replied, “Apparently, all are married in the industry.”

The host of the show Tabish Hashmi further probed her, and she eventually opened up about her fondness for Abbasi.

However, she clarified instantly that for now, he is married and taken so sadly no chance.

Hashmi inquired that has the actress ever met Abbasi in real to which she answered in negative.

The host quipped that if ever the actress met Abbasi so she would tell him that “only one Imran Khan is enough”.

Fayyaz reacted curtly and said that Khan might be handsome for the world, but “he is not my type.”