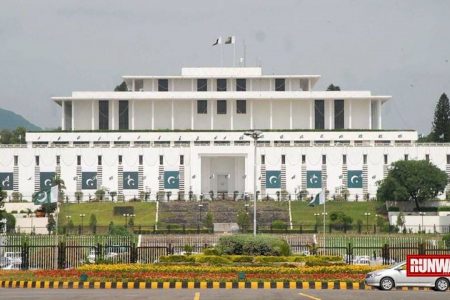 The suspect was seen carrying a gun in his hand whilst a knife in another hand.

Chairman Senate Sadiq Sanjrani has taken the notice of the armed suspect roaming around the parliament building.

According to the police, the suspect is not in the right state of mind, further, the suspect said that he has come to save the country; the country is in the wrong hands.

The weapons confiscated were all rusted and the gun had no bullets in it, Police.