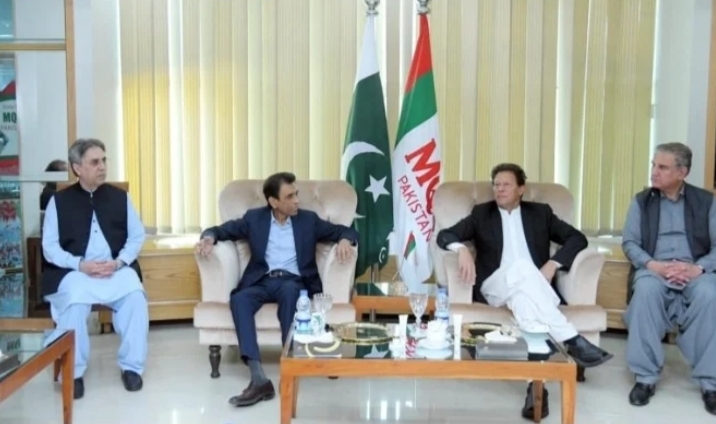 ISLAMABAD: In a bid to garner the support of its allies, the PTI-led government will be offering another ministry to the leadership of MQM-P, PMC News reported Monday, citing sources.

Sources privy to the matter said that the government is likely to offer the port and shipping ministry to MQM-P.

Later on, PML-Q leader Moonis Elahi confirmed that Pervaiz has decided to accept the offer.

On Monday, the joint Opposition had submitted a no-confidence motion against Chief Minister Punjab Usman Buzdar in the Punjab Assembly, citing that they had been dissatisfied with his performance.

The development had come in the wake of the Opposition’s no-confidence motion and increasing pressure within the PTI to remove the incumbent chief minister.

After the joint Opposition tabled a no-confidence motion against Prime Minister Imran Khan in a bid to oust him, the support of MQM-P and PML–Q has become crucial for the premier. The MQM-P has seven members in the Parliament, while the PML-Q has five.

If the Opposition wants the no-trust motion to be successful, then they will need the support of a simple majority — 172 members out of the 342 — in the lower house of parliament.

During the session, Deputy NA Speaker Qasim Suri asked the members of the Parliament, who are in favour of the motion, to stand up so that their numbers could be counted. As per the Constitution, 20% of the MNAs present in the assembly must show support for the voting.

Following the counting of the members who stood up in favour of the motion, the deputy speaker approved a discussion on the no-confidence motion, adding that it will take place on Thursday, March 31, at 4 pm. However, the voting on the resolution is expected to take place between April 1-4.