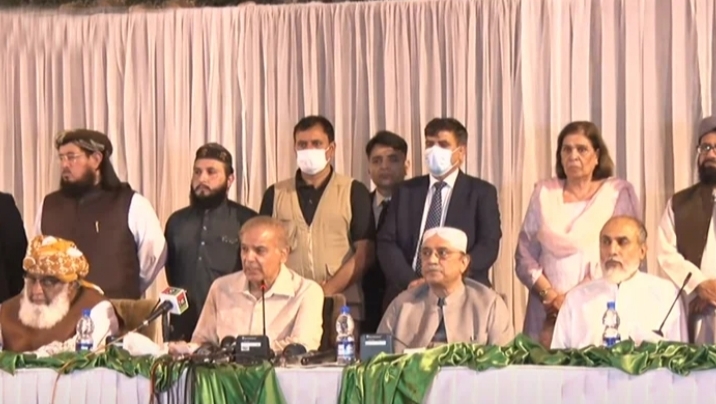 “We want the country to be handled in anew […] we want the issues to be resolved,” the BAP leader, whose party has four MNAs, said while addressing a press conference alongside Opposition’s bigwigs — PML-N President Shahbaz Sharif, PDM chief Fazlur Rehman, PPP Co-chairman Asif Ali Zardari, and PPP Chairman Bilawal Bhutto-Zardari.

The setback come only a day after Special Assistant to PM (SAPM) on Reconciliation and Harmony in Balochistan and Jamhoori Watan Party leader Shah­zain Bugti announced to part ways with the government and side with the Opposition.

Rifts have also emerged in the PML-Q as Federal Minister for Housing and Works Tariq Bashir Cheema has resigned from office and decided to vote in favour of the no-confidence motion against PM Imran Khan.

The government seems to be cornered as after the JWP, BAP, and Cheema’s announcements, they appear to have lost six votes — at a time when every vote counts.

However, BAP leader and Minister for Defence Production Zubaida Jalal has not parted ways with the government and will vote against the no-confidence motion.