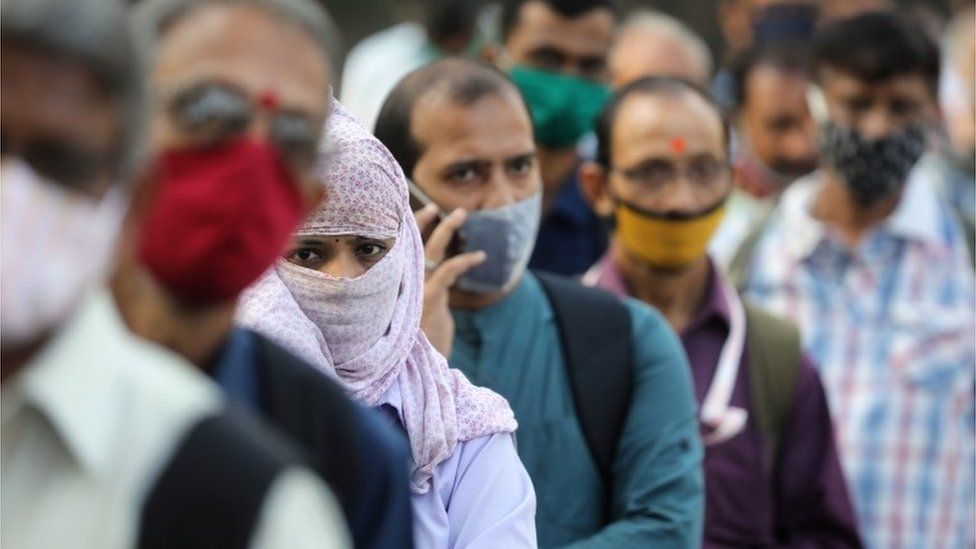 Pakistan registered a positivity ratio at 9.48% as 5,472 new cases were detected in the last 24 hours, the National Command and Operation Centre, the forum leading Pakistan’s COVID response, said.

As many as 57,669 people underwent tests for Covi and out of them 5, 472 were found to be infected with the virus.

Eight new deaths pushed the death toll to 29,037, while new infections have taken the caseload to 1.34 million, the NCOC’s data showed.

Coronavirus infections in Pakistan are doubling every week on average and could strain the country’s healthcare system in two weeks’ time, Dr Rana Muhammad Safdar, the director-general of health, had warned.

Minister for Information and Broadcasting Fawad Chaudhry said it has emerged that coronavirus cases of the new variant Omicron are “the highest in Karachi, especially in school going children”.

Chaudhry, addressing a press conference on Tuesday, said that the cabinet was given a briefing regarding the Omicron situation in the country during which it was told that the total number of cases in the country has now crossed 5,000 — a 2.5-fold increase in cases.

Furthermore, a 30% increase in admissions to intensive care units has been witnessed, Chaudhry had said.

Citing the importance of vaccinations, he had said Omicron has shown a “negligible effect” on people who are fully vaccinated (having received two doses) and those who have even received booster shots.

“And where there have been no vaccinations, the effect is very pronounced,” the minister had noted.

Chaudhry had said that Sindh lags behind the most in terms of vaccinations and so does Karachi, city-wise.

Amid rising cases in the country, the NCOC convened a meeting on Monday and decided to take decisions on coronavirus restrictions, including schools’ closure.

The meeting’s participants had agreed that a final decision on the fate of schools will be taken after checking disease prevalence at the educational institutes.

The participants of the meeting also discussed a new set of NPIs keeping in view the disease prevalence, following which, it was decided that the NPIs will be enforced by the provinces in the next 48 hours after consultative process with all stakeholders.

PMA issues warning
The Pakistan Medical Association (PMA), meanwhile, has expressed concerns regarding the worsening coronavirus situation in the country.

The medical body, in a statement Tuesday, demanded the government immediately impose a ban on political rallies, sit-ins, and other public gatherings.

The association also warned of further aggravation of the coronavirus situation across the country in the next two to three weeks and said that there is a risk that the Omicron variant could become more deadly.