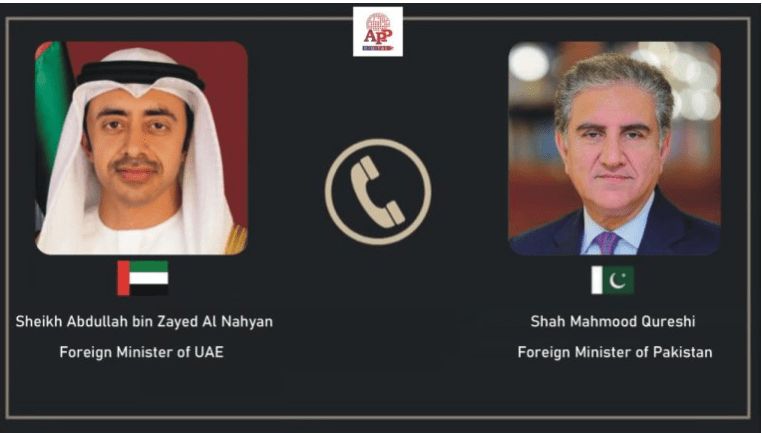 He also shared details of the tragic incident with Foreign Minister Qureshi who reiterated Pakistan’s strong condemnation of the heinous terrorist attack on civilian areas by Houthi militia.

He offered condolences to the families of the victims and prayed for the speedy recovery of the injured.

The foreign minister thanked the UAE Government for extending all-out support in the early repatriation of the mortal remains of the deceased Pakistani national and treatment for the injured.

The foreign minister expressed solidarity with the people and Government of the UAE over the tragic incident.

He underlined that such acts violated the sovereignty and territorial integrity of the UAE.

He called for an immediate cessation of such attacks, which continue to pose a grave threat to regional and international peace and security.

Earlier, the Foreign Office Spokesperson also strongly condemned the “heinous terrorist attack” on civilian areas carried out by the Houthis in Abu Dhabi claiming several lives, including a Pakistani National.

“We offer our condolences to the families of the victims and wish the speedy recovery to the injured,” he said in a statement.

He said such attacks violated the sovereignty and territorial integrity of the UAE and posed a grave threat to the regional peace and security. Pakistan calls for their immediate cessation, he added.

“Pakistan stands in solidarity with the brotherly people and government of the United Arab Emirates in the face of this wanton act of terrorism,” the spokesperson remarked.