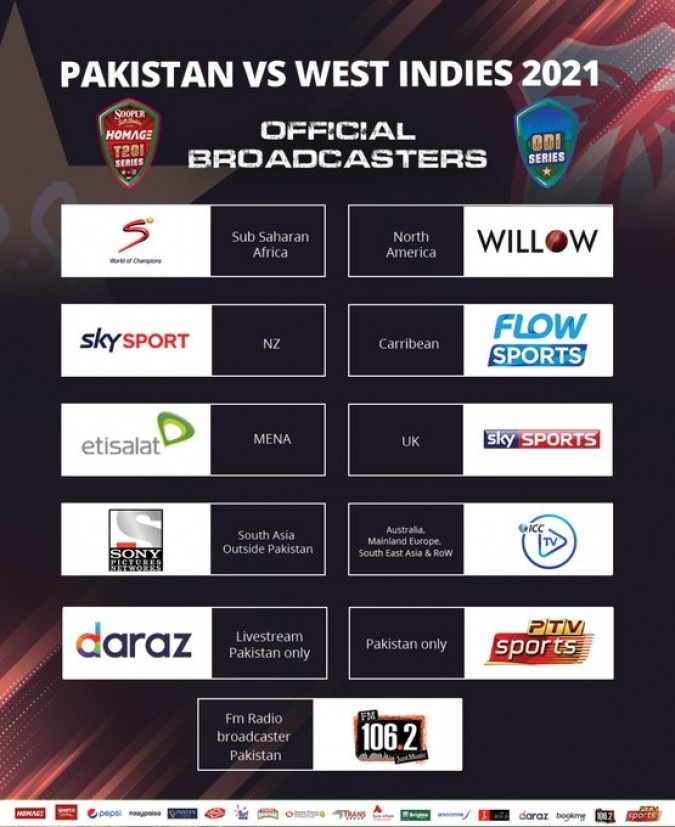 Karachi, 11 December 2021: Cricket fans from every corner of the globe will now be able to watch Babar Azam’s side in action against the West Indies as the Pakistan Cricket Board enters a partnership with ICC TV.

The partnership – part of the PCB’s efforts to increase its broadcast reach – will allow fans residing in the non-broadcast partner territories (Australia, Mainland Europe, South East Asia and rest of the world, complete list below) to watch the most successful T20I side of the year in action.

Fans in Pakistan can continue to live-stream all the action of the six white-ball matches on Daraz’s official app and listen to live commentary at FM106.2.