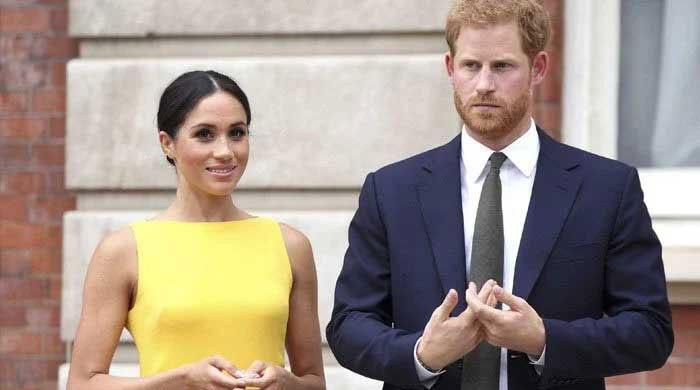 Prince Harry and Meghan Markle are warned their popularity will not rise if they disassociate themselves with the royal image.

Pauline Maclaran, Professor of Marketing and Consumer Research at Royal Holloway says: “I think they need to really top up their associations with royalty.

“Because without their royal connections they really are nobodies in the US, which is where they’re trying to establish themselves.

“I do think their unique selling point to put it in marketing speak is that they have the sort of humanitarian aim and of course that high profile.

“But the high profile is really because of their titles and their associations with British royalty.

“They’re developing a kind of rival brand, or court, or however you like to describe it.

“But I do think the longer they stay away they lose that royal magic.”

She added: “Harry and Megan really need to have these royal connections and maintain them.

“The royals also need the diversity that the two of them bring, specifically Megan, it was pretty sad they lost that.”

The advice comes after both Prince Harry and Meghan Markle decided to opt out of Prince Philip’s memorial service over concerns of security.

Minister for Information and Broadcasting Marriyum Aurangzeb has said that a special logo titled 'Azam Ali Shaan, Shaad Rahey Pakistan has been released in connection with the 75th anniversary of establishment of Pakistan.
#NewsPMC

Mehboob Zakir goes deep under Karachi's waters to hunt for fish with nothing but a spear gun in hand. Watch PMC's latest video story to know more.
#NewsPMC

#Iran and the #UnitedStates will restart their stalled talks, aimed at restoring a landmark 2015 nuclear accord, in #Qatar with mediation by the European Union.
#NewsPMC