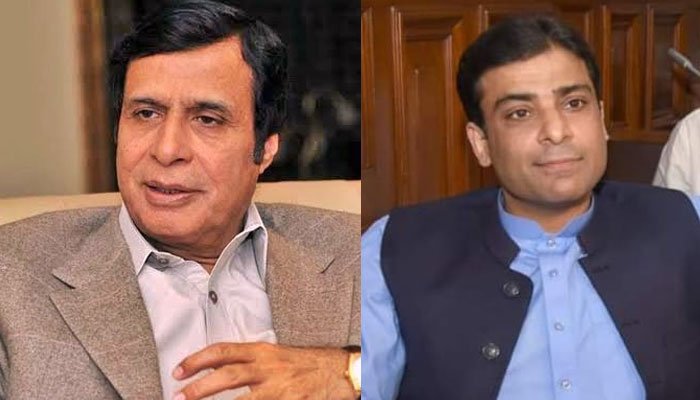 LAHORE: Following the decision of the Deputy Speaker of National Assembly Qasim Suri to adjourn the NA session for an indefinite period, the Punjab Assembly session has also been adjourned till April 6 (Wednesday).

The Opposition was hopeful of a PML-N leader Hamza Shahbaz; however, following Prime Minister Imran Khan’s “surprise” regarding assembly dissolution, the announcement regarding the postponement was made.

The Punjab Assembly session lasted for nearly six minutes following which the decision was made; however, the party members got into a heated argument.

Commenting on the development PTI leader Fayyaz ul Hassan Chauhan said that members of the Jahangir Tareen Group will also be available by April 6.

It is worth mentioning that the prized slot fell vacant after the resignation of Sardar Usman Buzdar following a deal between the ruling PTI and PML-Q few days back.

Both candidates need at least 186 votes in the House of 371 to win the poll for the slot of CM Punjab, The PMC reported.

With the full House comprising 371 MPAs, PML-N seems highly optimistic of regaining the crown of Punjab that it lost in 2018.

The Opposition claims that its joint strength comprising its own 160 MPAs (PML-N total strength is 165 out of which five MPAs are siding with the government), seven MPAs of PPP and rest from the rebel groups of PTI headed by Jehnagir Khan Tareen (JKT) and Abdul Aleem Khan and four out of five independents, stands above 188.

On the other hand, the ruling coalition candidate has also used his experience and influence in winning the support of JKT group MPAs and publicly, MPA Rafaqat Gilani, a part of JKT group has claimed that he was “siding with Imran and cannot leave him in crucial time”.

Rafaqat claims that nearly five to six MPAs of JKT group, who are PTI MPAs would vote for Parvez Elahi. Rafaqat Gilani had reached PA along with Chaudhry Moonis Elahi, son of Chaudhry Parvez Elahi.

Earlier, the nomination papers of Parvez Elahi and Hamza Shehbaz were accepted. The polling will take place on Sunday and Deputy Speaker Mir Dost Muhammad Mazari will preside over the PA session. The PA session on Saturday started with a delay of nearly three hours and continued for a brief period in which the schedule for the poll and procedure was announced. Nevertheless, the PA remained full of political activity and senior leaders like Rana Sana Ullah Khan, Chaudhry Moonis Elahi, Atta Ullah Tarar, Raja Basharat were seen in the PA Secretariat.

Addressing the joint parliamentary meeting of the PTI and PML-Q, Parvez Elahi, meanwhile, had said the first Ramazan will bring the good news of victory for us. He had said that “we are a unit and will remain united”.

Acting Chief Minister Punjab Sardar Usman Buzdar on the occasion said that Elahi would be successful with joint efforts and stated his victory was the victory of the coalition.

The PMLN, meanwhile, announced the formation of a new government in Punjab after Jahangir Tareen and Aleem Khan groups expressed support for Hamza Shehbaz in the Punjab Assembly.

It was announced by the Opposition Leader in the Punjab Assembly Hamza Shehbaz. He said his party, the PPP and the Tareen group would form a government in Punjab together with independent members. “People have been deceived during the last four years. Today, there is hunger in people’s homes and the PMLN will end their miseries,” he maintained.

Tareen group announces support for Hamza Shehbaz
Earlier, the Tareen group announced its support for Hamza Shehbaz in the Punjab Assembly. Noman Langarial, a senior member of the group, was present in the media talk with Hamza and said that the group’s decision was for the betterment of the country and the province. Langarial said the whole opposition was working for the betterment of the country.

“Jahangir Tareen has done many favours to the PTI but Imran Khan made Usman Buzdar the chief minister of Punjab, who promoted corruption and damaged the party,” he said, adding Buzdar had resigned after pressure from their group. He said the group was playing the role of an opposition in the government and supported Hamza to serve the province.

Earlier, Hamza held a meeting with the group, which was attended by 16 members of the Punjab Assembly. Later, Hamza arranged dinner for MPAs, who had announced supporting him. They belonged to Tareen, Aleem and Asad Khokhar groups. A large number of PTI legislators also attended. Their number reached above 200.

“The members reached the Punjab Assembly along with Chaudhry Moonis Elahi. More members of the group will soon join us,” party sources added.

Meanwhile, PMLN Punjab President Rana Sanaullah said the chief minister had resigned in violation of the Constitution. Talking to the media, he said, “If the governor does not fulfill his constitutional responsibility, he will have to answer for it tomorrow. Attempts were made to bulldoze the whole process in a hurry. The chief minister can resign by informing the governor and Article 130 of the Constitution of Pakistan provides a clear procedure for the resignation of the chief minister. In the resignation of Usman Bazdar, the Prime Minister was addressed which is unconstitutional.”

Meanwhile, as the Punjab Assembly Secretariat remained the hub of political activity, the media was barred from entering the premise.

Moreover, journalists also protested the “misbehaviour” of former provincial minister Raja Yasir Humayyon, who allegedly grabbed a senior reporter by the neck. The reporter was protesting against the government decision to stop the media from covering the political activity when Raja Yasir arrived.

He was told about the issue and the journalists alleged that he had grabbed the reporter by the neck. Raja Yasir, however, rubbished the allegation. The outgoing chief minister, Sardar Usman Buzdar, formed a committee to probe the incident.