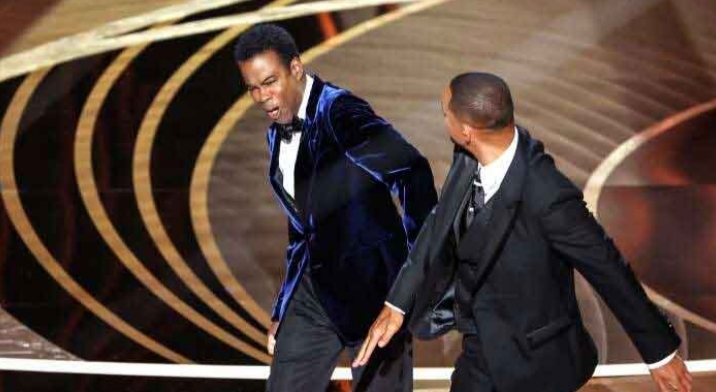 Rapper 50 Cent joined US celebrities to react to Will Smith’s slap of comedian Chris Rock at the Oscars.

Taking to Instagram, 50 Cent posted a video of Will Smith from two different events. First part of the video shows the Hollywood actor hitting Rock while in the other he is seen dancing.

Comedian Chris Rock, in his first public comments since he was slapped in the face by actor Will Smith at the Oscars on Sunday, said he is “still processing” the incident that made headlines around the world.

At Sunday’s Academy Awards, Rock was on stage to present the trophy for best documentary. He made a joke about Smith’s wife, Jada Pinkett Smith, that referenced the 1997 film “G.I. Jane” in which actress Demi Moore shaved her head. It was unclear whether Rock was aware that Pinkett Smith has a condition that causes hair loss.

Will Smith strode onto the stage and slapped Rock before winning best actor less than an hour later. The actor apologized to Rock and the academy in a statement on Monday.