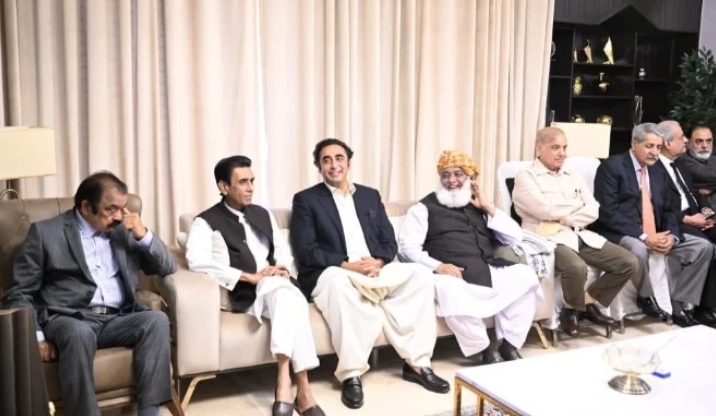 ISLAMABAD: The PPP and MQM-P on Wednesday signed the “Charter of Rights for the people of Sindh” to develop a “long-term partnership” in various domains.

The agreement was signed after the MQM-P — which was one of the major allies of the PTI government — announced that it had formally decided to side with the joint Opposition ahead of the no-confidence motion against Prime Minister Imran Khan.

The two parties have signed the agreement to develop a “long-term partnership to ensure harmony amongst people; to promote social justice, and to secure the economic well-being of the people of Sindh, especially of those who are left behind for various reasons”.

According to the text of the signed document, the Supreme Court’s decision regarding the local government shall be implemented in letter and spirit within one month with the mutual agreement of PPP and MQM-P.

The agreement further mentioned ensuring the implementation of the 60:40 urban and rural Sindh quota for jobs, addressing the issue of fake domiciles, local policing, development of Sindh and Karachi in terms of infrastructure and transport, and investment in the health and education sectors of the province.

The deal also added that the two parties would collaboratively take all major political, administrative, and economic decisions in Sindh.

According to sources, Wahab has taken the decision in line with the orders of the party’s leadership.

The sources added that Wahab would be leaving his post within a day or two.