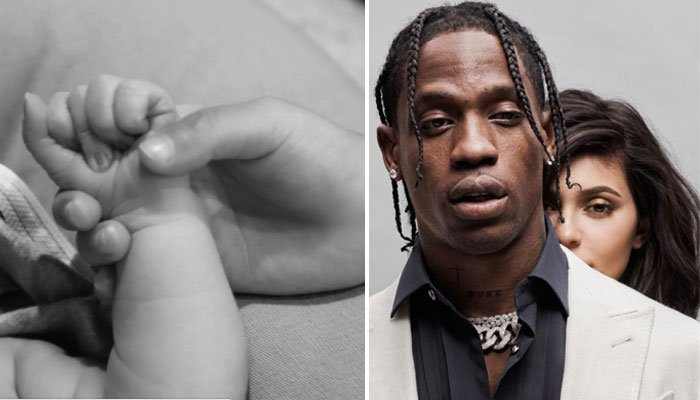 Insiders have just spilled the beans on everything Travis Scott has done for his ladylove Kylie Jenner since the birth of their son.

Ever since Kylie has come out about her postpartum struggles and branded them, admitted, “not easy, mentally, physically, spiritually,” in that “it’s just crazy.”

HollywoodLife reports Travis Scott has really stepped up and “has been so amazing for Kylie, and even though he’s not physically going through it himself, he is always there for Kylie.”

Not only that, but Travis is always there “to listen to her, to be a friend, and let [Kylie] know she’s not alone.”

All the attention and care have left Kylie awe-inspired over “what an amazing father” Travis is, and she’s “very thankful he’s been by her side.”

The same source also weighed in on Kylie’s decision to be open about her postpartum struggles and admitted that she was ‘on the fence’ about everything for a long time before she came out with it.

But now, “Kylie is so glad she’s been open with fans about her ongoing struggle with postpartum.”

“It was something she initially deliberated with for a bit but ultimately felt like if she could help even one person who is also struggling, then that’s all she could hope for.”

According to a separate source, her decision has also deeply impacted her bond with Travis for he now sees “Kylie’s vulnerability” and it has made Travis fall even more in love with her than he already was.”

“She got real with him, and she confided in him,” the insider continued saying. “[Kylie] was also on the fence about revealing her struggle to the world, and Travis pushed her to do this because he knew how much of an impact she could make and how many lives she could save. They are working as a team now in the sense that they are devoting their lives to helping people recover. They have a shared mission, and it has given them greater purpose.”