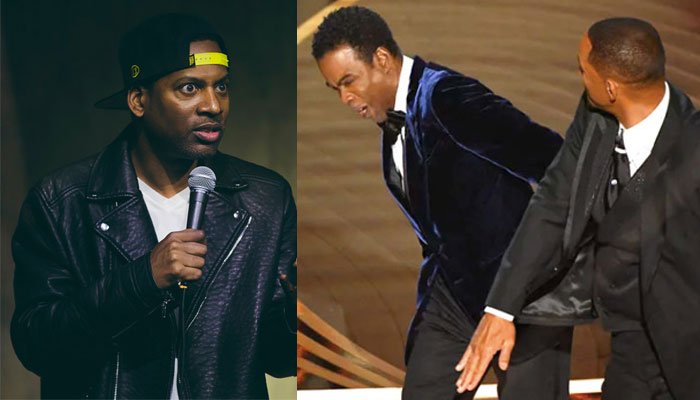 Oscars producer Will Packer reportedly ‘urged’ security not to throw Will Smith off of the stage because it’s not what’ Chris Rock wanted.

The producer spoke of the entire incident during an interview with Good Morning America and started off by admitting, “I thought it was part of something that Chris and Will were doing on their own. I thought it was a bit. I wasn’t concerned at all.”

Once Rock went ‘completely off script’ on stage and made his Jada Pinkett joke, “I said, ‘Watch this, he’s going to kill’. Because He didn’t tell one of the planned jokes.”

In the aftermath of the Oscar slap Packer immediately ran to Rock and, “I said, ‘Did he really hit you?’ And he looked at me and he goes, ‘Yeah, I just took a punch from Muhammad Ali,’ as only Chris can.”

could tell that he was very much still in shock,” he added.

“I knew it was clearly a confrontational moment because of what was happening from Will in the audience, but I still wasn’t sure that he actually struck him.”

After that chat “I immediately went to the Academy leadership that was on site and I said, ‘Chris Rock doesn’t want that.’ I said, ‘Rock has made it clear that he does not want to make a bad situation worse.’”

“That was Chris’ energy. His tone was not retaliatory, it was not angry, so I was advocating what Rock wanted in that time, which was not to physically remove Will Smith at that time because, as it has now been explained to me, that was the only option at that point.”