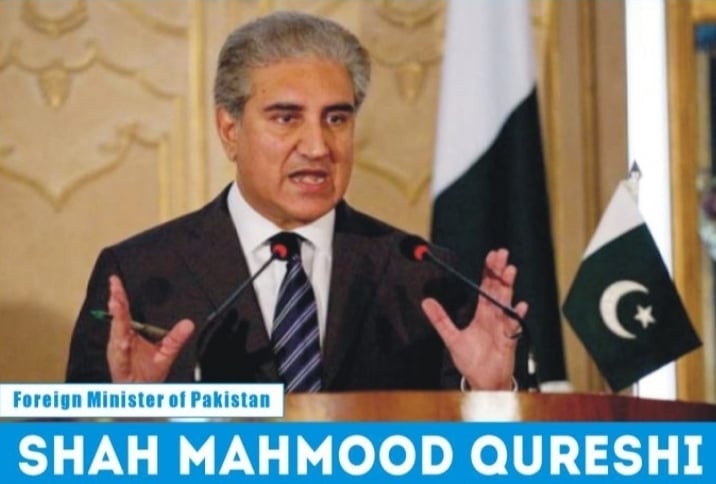 ISLAMABAD, Dec 15 : Foreign Minister Shah Mahmood Qureshi on Wednesday said by holding the meeting of the Organization of Islamic Cooperation (OIC), Pakistan was fulfilling its responsibility to timely warn the world that its inaction on Afghanistan would lead to a big humanitarian crisis.

“Pakistan wants the world to realize that a humanitarian crisis and economic collapse of Afghanistan is inevitable if the world continued to show apathy towards the grave situation,” he said in a statement ahead of the OIC Council of Foreign Ministers, being held in Islamabad on December 19.

The foreign minister urged the international community to understand that any chaos and” anarchy in the wake of the humanitarian crisis in Afghanistan would lead to the strengthening of terrorist organizations”.

“All the efforts and foreign investment of 20 years in Afghanistan besides the loss of innocent lives will prove futile with the rise of a new wave of terrorism,” he said.

Qureshi recalled that during his meetings with his counterparts in New York and the recent meeting with the High Representative of the European Union, Josep Borrell in Brussels, he discussed in detail that Afghanistan would be facing a tough situation if the EU did not take any action.

He said the situation would not only affect Pakistan, but other countries of the region including Iran and Tajikistan, and even Europe.

He said urgent steps by the United Nations, International Monetary Fund, and World Bank were the need of the hour.

He mentioned that several ambassadors who had served in Afghanistan including Ryan Crocker, former Commander of ISAF Forces General John F. Campbell, Commander US Central Command and Director CIA General David Petraeus, and Secretary State for Economic and Business Affairs Ambassador Earl Anthony Wayne were of the view that international sanctions on Afghanistan should be reviewed immediately.

Qureshi said 75 percent of the budget of Afghanistan was dependent on external assistance, however, pointed out that their monetary reserve of $9.5 billion was frozen.

Also, their banking system of Afghanistan is not functioning at the moment, due to which overseas Afghanistan are unable to send their money to families back home, he said.

He said the two years of drought in Afghanistan, high cases of COVID-19, and unavailability of salaries for government employees posed a difficult future for the Afghan people.

He said the UNDP and other international organizations had warned that in case urgent action was not taken, around 97 percent of Afghans will fall below the poverty line by mid-2022.

According to World Food Programme, he said, only five percent of Afghan households had the access to ample food, meaning 95 percent lacked the essential commodities.

FM Qureshi said Pakistan was fulfilling its responsibility and had invited the foreign ministers of OIC countries to draw their attention towards the tough situation of the Afghan people.

“Pakistan is also appealing to its neighbours that it cannot fulfill its responsibility alone and thus need a joint action on the situation,” he said.

He said the OIC session would draw the attention of the world towards the Afghan crisis as Pakistan had also invited special representatives from the UN agencies, international financial institutions, and important EU countries.

He said the forum would also offer an opportunity to the foreign representatives of bridging the communication gap with the Taliban and listen to their point of view.

The foreign minister thanked the initiative of Saudi Arabia being the chair of OIC to call the Extraordinary Session on Afghanistan, to be attended by several important countries such as Turkey, Iran, Indonesia, Malaysia, and other Arab and African countries.

He said the advent of winter could aggravate the humanitarian crisis in Afghanistan.

“If the world continued to show apathy towards Afghans, who have already been facing conflict for decades, they will fall victim to the grave situation. People including young children will starve to death,” he said.

He said that the superpowers, that claimed to make efforts for the development and modernization of Afghanistan, would be seeing their efforts gone in vain.

“This is a clear message that Pakistan wants to get across the world,” he said.

The foreign minister recalled that at the one hand the UN Secretary General had called for resource mobilization for Afghanistan, while on the other hand the country still faced economic sanctions.

“This is a contradiction on part of the international community which needs to be removed on the basis of humanitarian grounds,” he said.

He said the international community may continue to disagree with the policies of Afghanistan, however stressed that it should not be at the cost of the humanitarian situation.

Qureshi mentioned that Prime Minister Imran Khan had been persistently drawing the attention of the world at every forum that the solution to the Afghan conflict was the political and not military.

He said with unanimity in views of Pakistan’s political and military leadership, a national consensus had been developed in the country calling upon the world to save Afghanistan from the humanitarian crisis.

He said any humanitarian crisis would lead to a new refugee influx in Pakistan, which was already hosting four million Afghans.

He said Pakistan did not have the capacity to host more refugees and the pressure would be diverted to further regional neighbours including Iran.