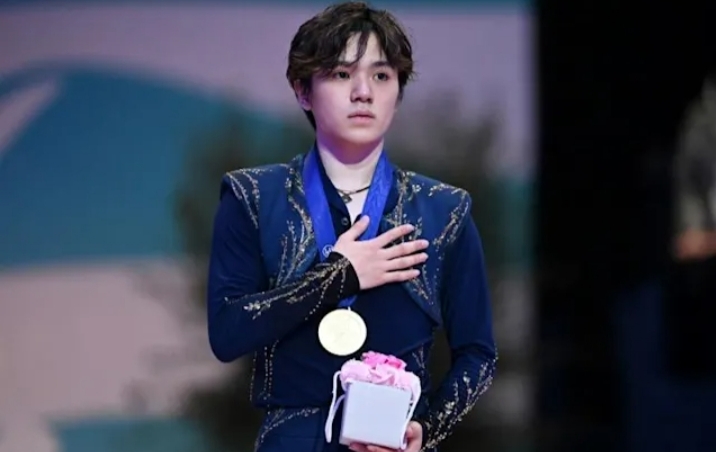 Uno, 24, totalled 312.48 points, a new personal best, to take the title in the absence of the injured stars compatriot Yuzuru Hanyu and American Nathan Chen.

Chen, a triple world champion who claimed Olympic gold last month in Beijing, is suffering from a “persistent” but unspecified injury. Hanyu, a double Olympic champion and double world champion, has a problem with his right ankle.

I am finally first,” said Uno, who took Olympic silver in 2018 and bronze in February and has twice been a runner up in the world championship.

Uno, who also took Olympic team bronze in Beijing, led after the short program and landed five quadruple jumps on Saturday as he skated to Ravel’s Bolero.

He beat his 18-year-old compatriot Yuma Kagiyama, second in the Olympics, who scored 297.60 points. American Vincent Zhou was third on 277.38.

Teenager Kagiyama has also become accustomed to standing one step below the top of the podium. He won silver at last year’s world championships and also at last month’s Olympics.

He paid dearly for an attempted triple Axel that turned into a single and an incomplete rotation on one of his quads.

For Zhou, the bronze was redemption. The 21-year-old was forced out of the Olympic men’s event following a positive Covid test on the eve of competition. He won a second world championship bronze, after collecting one in 2019.