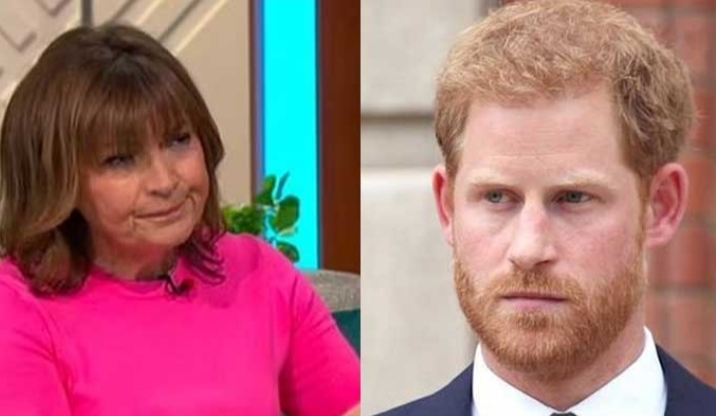 Prince Harry has been blasted by Scottish journalist and television presenter Lorraine Kelly for not attending his grandfather Prince Philip’s memorial service.

Lorraine Kelly has slammed The Duke of Sussex for missing the big family event over ‘safety reasons’.

The 62-year-old presenter, while speaking on her daytime TV show on Wednesday, said that he would ‘regret’ his decision and questioned why he wouldn’t have felt safe at Westminster Abbey where the event took place.

Lorraine said: ‘I must admit up until the very very last minute I thought, do you know what – Prince Harry will just come over. I think he’s really going to regret this.

‘He’s not going because he says he doesn’t feel safe. For goodness sake, they’re in Westminster Abbey.

‘Can you imagine how many people are there looking after the Queen and everyone else. It just seems a shame.’

The Queen’s grandson is facing backlash for staying at his Californian mansion instead of attending the memorial, blaming his absence on a row over police protection.

Lorraine Kelly previously blasted the Duke of York after hearing of his protection plan for returning to the UK, telling viewers, “You can’t hire Scotland Yard!”