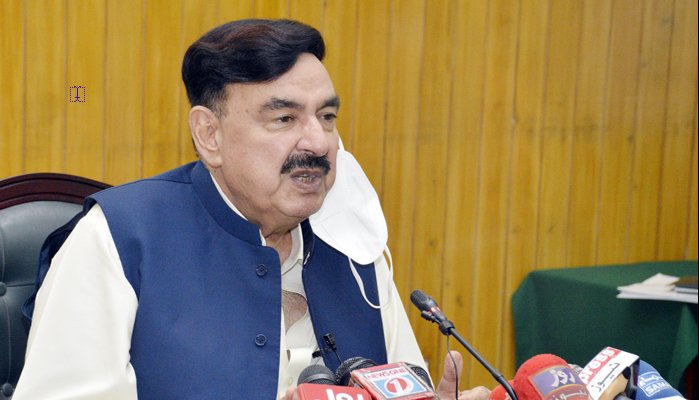 Federal Interior Minister Sheikh Rasheed has confirmed that terror incidents are on the rise in Islamabad, promising that the government will take steps to ensure the safety of the city in the upcoming days.

This video statement came after two policemen were killed in a late-night targeted attack, until now 9 police officers have been martyred in the PTI government, as per Sheikh Rasheed.

The minister will review the fencing alongside the Afghan border in Waziristan, once it is completed after two months. 88% of the work is complete on the Pak-Afghan border after which completion of fencing on the Iran Border will be taking place and by the year-end, both borders will be fenced.

Rasheed also added that the government of Prime Minister Imran Khan is trying to ensure Pakistan’s borders are safe and will introduce an electronic management system in this regard. He also said that to make Islamabad more secure, an additional 100 eagle squads will be inducted taking, the total number of motorcycle squads to 150. They will keep a check on the city with the help of the Safe City and a wireless system.

Sharing more details about the steps taken to improve the law and order situation in the city, he said currently, eagle squads have only two mobile vans while 16 more would be added soon.

The Federal Capital, he said, is connected with Punjab and KP and the government would make it a “safe zone”.