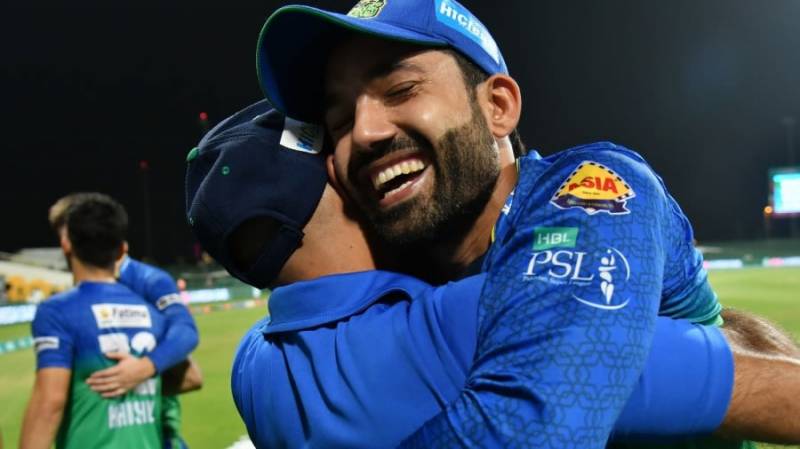 Multan Sultans, the defending champion in the Pakistan Super League (PSL), continued their amazing run in by defeating Islamabad United by six wickets in their last league encounter on Sunday.

Their victory on Sunday has officially broken their competitor’s record of most wins in a single season with a new record of 9 wins in 10 games. This in turn has also put them ahead of the tournament with 18 points.

Losing only once to the Lahore Qalanders. The team is likely to face either Lahore again or Peshawar Zalmi in the first qualifier on Wednesday.

Lead by Captain Mohammad Rizwan, the Sultans brought down the might Islamabad united to this season’s lowest total of 105-7 by using eight bowlers. Imran Tahir finished with the best figures of 2 for 8 in his 4-over quota

Rizwan with 51 not out off 42 balls stuck Multan to 111-4 in 17.2 overs with his sixth half-century in the season, even though losing four wickets for just 43 runs he lead them to victory by 6 wickets and 16 balls left.

Islamabad on the other hand are struggling after three of their batters — Paul Stirling, Rahmanullah Gurbaz, and Alex Hales all left due to various reasons, they also are struggling in the score way behind the Multans tied with the Quetta gladiators at 8 points.

However all things considered they aren’t doing as badly as the Karachi kings who lost yet again another match on Sunday making it their 9th loss of the season.

As far as the eyes can see there’s no doubt about whom the true kings are, and it’s certainly not Karachi.